HARRISBURG, Pa. (AP) — The U.S. Supreme Court’s decision to throw out Roe v. Wade last month and an Ohio 10-year-old having subsequently been forced to leave her home state in order to obtain an abortion after police say a man raped her have drawn new attention to how some state restrictions on abortion allow exceptions in cases of rape or incest.

The girl’s pregnancy was apparently too far along to permit an abortion in Ohio, where there are not exceptions for rape and incest, so she instead received an abortion in Indiana.

The dilemma that the child and her family faced, and similar decisions playing out quietly in communities across the country, have been made more common and more consequential in the wake of the high court’s decision.

While many states with abortion access limits in place do have exceptions for victims of rape or incest, that’s not the case in about a dozen states — most of them located in the South.

WHAT HAPPENED IN OHIO

The girl’s mother notified child welfare authorities on June 22 she had been attacked, a detective testified this week at a court hearing for the 27-year-old man accused of raping her. An Indianapolis physician said the girl underwent an abortion in Indiana on June 30.

Ohio had been among the states that had abortion bans or nearly total bans on the books before the Roe v. Wade decision was issued on June 24. In its wake, an Ohio judge lifted a stay on the new law, which does not allow abortions after cardiac activity is detected.

The Ohio abortion law permits abortion when a woman’s life is threatened or if she faces a serious risk of substantial and irreversible impairment of a major bodily function.

The high court decision revived some previously dormant state laws and also put into place more recent legislation that had been designed to take effect if and when Roe v. Wade were to be invalidated. Litigation around the country is also shaping abortion policy, and state lawmakers and governors are pushing to add or revise existing exceptions.

The changing legal landscape of state abortion restrictions and regulations currently includes places with very few exceptions for abortion, including Texas and Missouri.

In at least three states — Utah, Mississippi and Oklahoma — there are laws stating a woman who has been raped can obtain an abortion only if she has made a police report. Unusual among states with rape exceptions, Mississippi does not permit abortion in instances of incest.

The most common exceptions to abortion restrictions are for when a mother’s life or health are seriously endangered. They can take effect when needed to save a mother’s life, when she is at risk of death or serious impairment or if she could suffer an irreversible health impairment.

Some states that restrict abortion allow if the fetus has a serious or fatal — and confirmed — health anomaly. In some cases, the medical necessity of an abortion for the mother must also be documented, sometimes by multiple health care providers, hospital administrators or lawyers.

The process to document a woman’s health status can slow her care, adding to risk, said Ianthe Metzger with Planned Parenthood Federation of America.

“This care is happening in the moment, right now, and the doctor is trained to provide the care,” Metzger said. “They know what they need to do, they know how to help these patients.”

The Biden administration recently said federal rules require hospitals provide abortions if necessary to save a mother’s life, even when state law mostly bans the procedure.

HOW ADVOCATES SEE IT

National Right to Life, a prominent anti-abortion group, supports exceptions only when the mother’s life is in danger, which Ohio permits. Organization President Carol Tobias said the risk of any 10-year-old giving birth would likely qualify.

Planned Parenthood officials, however, say they know of no state restrictions on abortion providing an exception that has anything to do with age, and that exceptions drafted by those opposed to abortion are often very narrow by design.

Children have a fraction of all abortions. In Ohio, 52 children under the age of 15 received abortions in 2020, according to the Ohio Department of Health. That figure was as high as 182 in 2010, but like abortions in the state overall, it has since fallen significantly, the report said.

Tobias said that, taken together, abortions to save a mother’s health or life, or after cases of rape or incest, probably amount to 1%-2% of all abortions in the United States.

Planned Parenthood says such statistics do not take into account that sexual violence is considerably underreported and that some states do not require or collect data from women about why they sought the procedure.

The list of exceptions to otherwise restrictive anti-abortion laws has been growing, Metzger said. 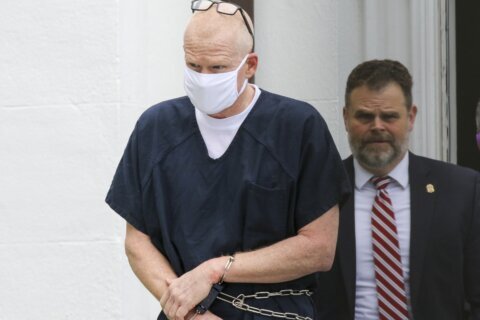