Hollywood film producer Dan Lin — known for movies such as Disney’s live action “Aladdin” and “The Two Popes” — is launching a nonprofit with more than $1 million from the Ford and MacArthur foundations as well as several other philanthropies. His goal is to help more people of color create and produce film, television, digital, and audio projects.

“There’s no shortage of talented, diverse creators, artists, and entrepreneurs,” said Lin, founder and CEO of the film and television company Rideback. “The only scarcity is opportunity, the funding and the risk-taking that’s always existed at the center of this Hollywood content machine. We’re really determined to break through these restricted access points, enlarge the funnel, and activate more creatives of color.”

Just three in 10 film directors are Black, Latino, Asian-American, multiracial, or Native American. And only a third of film writers are people of color, according to a recent study by the University of California at Los Angeles.

Rideback Rise, the company’s nonprofit arm, which hopes to raise $2 million in total this year, will oversee a fellowship program for writers, directors, podcast creators, and other artists of color selected each year who want to launch a project.

Each fellow will receive a $50,000 stipend plus access to a fund that will allow creators to obtain material to adapt for their projects, such as books that could become screenplays and support to market their projects to potential buyers. Lin says it’s important to help creators use content from existing materials because some financial backers of film and other projects believe that content by diverse artists and for diverse audiences might not generate significant profits.

While developing their projects, fellows will receive coaching and mentoring from filmmakers and other professionals in the entertainment industry through Rideback, while also collaborating with other fellows. Fellows can then bring their projects to either Rideback or another production company with the nonprofit’s support.

Once projects are completed and become commercially viable, Rise will receive royalties ranging from 2% to 10% on each project, depending on its budget and format. Lin hopes that, over time, those fees will eventually help make Rideback Rise a self-sustaining organization.

“A typical film can take three to five years,” Lin said. “A TV show could take a similar amount of time. Why we went to the nonprofit space (was) that we really need that funding for the runway to build this organization.”

The Ford Foundation, which gave $600,000 to Rideback Rise, made the grant in large part because it wants to help ensure mid career creators can get greater opportunities and because of Rideback Rise’s Intellectual Property Fund, which allows participants to obtain rights to use certain content for their projects.

“We saw this as an opportunity to not only support these creators but to support a pretty novel approach to how to lift POC content more broadly in the Hollywood industry,” said Chi-hui Yang, a senior program officer at Ford Foundation who oversees grants for filmmaking.

For the MacArthur Foundation, the grant to the new nonprofit moves the organization in a new direction from largely supporting only nonfiction media.

“For us to make a direct grant to something like Rideback Rise, this is a little bit of a departure for us and one of the first of its kind,” said Kathy Im, who oversees the foundation’s journalism and media program. The grant maker, which contributed $200,000 to Rideback Rise, may use this as a pilot to evaluate whether it wants to support similar efforts in the future.

“We have come to realize and recognize that all forms of popular culture, including mainstream fiction films and scripted television shows, in addition to journalism and documentary films, which is our sweet spot, have a huge educational value and social impact,” Im said.

Other grant makers include the Doris Duke Foundation for Islamic Art, Zelnick Belzberg Charitable Trust, and UTA Foundation, the charitable arm of the United Talent Agency in Beverly Hills. Rideback also plans to donate $100,000 to the nonprofit in the next few weeks, after having contributed $50,000 to Rideback Rise earlier.

People of color remain underrepresented among film directors and writers, according to an annual report on diversity in Hollywood from UCLA.

“People in positions of authority in Hollywood, because of the fast-paced nature of production and so forth, tend to feel more comfortable hiring people that they’ve worked with before, who they’re familiar with, who kind of thought like them and could crank out projects at a pace that the industry demanded,” said Darnell Hunt, dean of social sciences at UCLA and co-author of the Hollywood diversity report. “So you had this self-perpetuating machine whereby the door revolved opportunities for the same people over and over again. Typically, those people were white males.”

Rideback Rise hopes to select its first five fellows by this fall and has plans to gradually increase the number each year. By its fifth year of operation, Rideback Rise wants to have a total of 25 fellows.

The nonprofit will also reach a greater number of creators through the Rise Circle, a group of more than 500 writers, filmmakers, and other people working in entertainment who will have access to career-building and networking events. The nonprofit held its first event in October, inviting the comedian Hasan Minhaj to give advice to Circle members. The nonprofit plans to host a two-night event soon focused on emerging and established comedians of color.

“We’ll do inspiring talks, but we also want to have more kind of tactical, practical training,” Lin said. He said it was important for people to be “able to ask questions that you may think are dumb questions, but they’re basic questions that you just don’t get educated on because Hollywood does not have a set training system the way some other industries do.”

Comedian Karan Menon attended last year’s event with Minhaj, where he made connections that ultimately landed him an internship at Rideback Rise. He also met someone who helps him do research for his sketch comedy videos online and other comedians to join his stand-up shows.

“People after the event were really into getting each others’ numbers and talking because there’s only so much you can do on your own when you try to make it as a comedian or a creator,” he said.

Hunt, the UCLA dean, said he sees value in philanthropic dollars funding programs that help aspiring creators of color but that more needs to be done by the entertainment industry to improve diversity.

“Attention needs to be paid to the industry itself and the way it’s structured and the types of opportunities that it’s making available for that new rich pipeline that’s being developed,” he said. 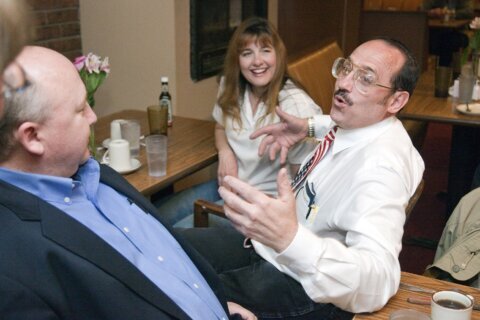 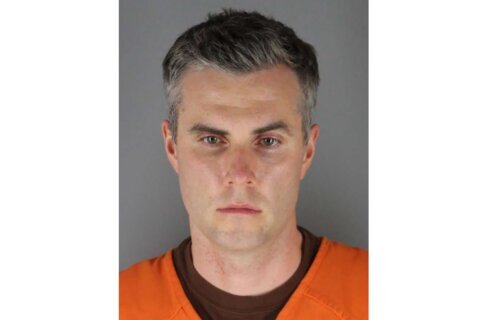 Ex-cop Lane will report to Colorado prison in Floyd killing