SAN FRANCISCO (AP) — Google’s revenue growth during the past quarter decelerated to its slowest pace in two years as advertisers reined in their spending amid intensifying fears of an economic recession.

The regression reported Tuesday by Google’s corporate parent, Alphabet, is the latest sign that the tailwinds propelling big technology companies during the pandemic have shifted. The array of new challenges facing the industry has already caused the tech-driven Nasdaq composite index to plummet by 26% so far this year.

In Alphabet’s case, revenue during the April-June period totaled $69.7 billion, a 13% increase from the same time last year.

That would be impressive growth for most companies outside of tech. But it marked Alphabet’s lowest growth rate since the the April-June quarter of 2020, when the company suffered the first, and so far only, year-over-year revenue decline in its history. The cause: advertisers retreated while most consumers were being corralled at home during the pandemic’s early stages.

The more sluggish spending was especially evident at YouTube, where major advertisers have increasingly gravitated to promote their brands with short commercials. YouTube’s ad revenue rose by 5% from the previous year during the second quarter, the lowest rate of year-over-year quarterly growth since Alphabet began to disclose the video site’s financial results in late 2019.

Despite the slowdown, Alphabet remains extremely profitable. The Mountain View, California, company earned $16 billion, or $1.21 per share, during the second quarter — although even that was a 14% decrease from last year. As usual, most of that money poured in from Google’s dominant search engine and a wide range of other popular services, including its maps, Gmail, Chrome browser, YouTube video site and Android software for smartphones.

Even though both the revenue and earnings came in slightly below analyst estimates, the numbers apparently weren’t as bad as investors feared. Alphabet’s slumping stock price gained more than 5% in extended trading after the numbers were released. The rally gained momentum after Alphabet CEO Sundar Pichai and other top executives assured analysts during a late Tuesday conference call that the company intended to be more judicious about its spending in the months ahead — a commitment likely to bolster profits even if revenue growth continues to falter.

“Personally, I find moments like this clarifying,” Pichai explained during the call. “It gives us a chance to look at everything we do through a critical lens.”

The second-quarter results reflect greater caution among digital advertisers are remaining cautious as the Federal Reserve contemplates more aggressive action — meaning higher interest rates — to bring down the highest inflation in more than 40 years, a mission that threatens to drag the economy into a recession. The next rate increase is expected Wednesday.

“We use the term ‘uncertainty’ because that is the best way to characterize what we are seeing,” Porat said during a conference call with analysts late Tuesday. She also acknowledged Google has been affected by “pullbacks” among an unspecified number of advertisers.

The tightening in ad budgets has repercussions beyond Google. It squeezed the social platform Snap so severely that its earnings plunged below management warnings of poor business results, creating such a cloudy outlook that its executives refused to make predictions for the current quarter.

Facebook’s corporate parent, Meta, also has been bracing for tougher times ahead. Meta CEO Mark Zuckerberg is expected to elaborate on his take on the current state of digital advertising Wednesday when the company is scheduled to release its second-quarter results.

Besides the current economic certain, both Snap and Facebook have been hurt by privacy protections that Apple imposed last year to prevent social media services and a wide variety of other apps from tracking people’s interests and locations on iPhones to help sell ads without users’ permission. That safeguard hasn’t affected Google as much because its search engine can learn so much about people from their queries.

Although the company is better positioned than most to navigate the economic turbulence that appears to be looming ahead, “it’s clear Google has its work cut out for it in the back half of the year,” said Insider Intelligence analyst Evelyn Mitchell.

Google already began girding for potential recession by recently announcing plans to slow hiring and then went even further by imposing a two-week freeze on extending job offers to candidates.

But before that pause, Alphabet beefed up its payroll significantly during the quarter. It added more than 10,000 employees from the end of March through June, up from increase of roughly 7,400 workers during the first thee months of the year. The company ended the quarter with about 174,000 employees worldwide.- Porat told analysts the downturn in Google’s hiring probably won’t start showing up in its quarterly numbers until next year, partly because of the job offers already in the pipeline and the expectation that it will complete its $5.4 billion acquisition of cybersecurity specialist Mandiant and its roughly 2,300 employees later this year. 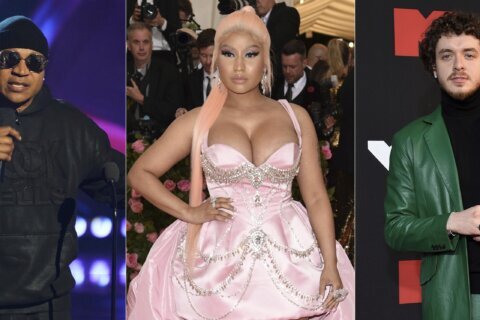