For once, Cherokee actor Wes Studi cast as romantic co-star

In Wes Studi’s potent and pioneering acting career, he has played vengeful warriors, dying prisoners and impassioned resistance leaders. For three decades, he has arrestingly crafted wide-ranging portraits of the Native American experience. But one thing he had never done in a movie is give someone a kiss.

In “A Love Song,” a tender indie drama starring another long-pigeonholed character actor, Dale Dickey, Studi is for the first time cast as a romantic co-star. Dickey (“Winter’s Bone,” “Hell or High Water”) plays a woman camping by a mountain lake awaiting the visit of an old flame.

Studi, the Cherokee actor who masterfully played the defiant Huron warrior Magua in Michael Mann’s “The Last of the Mohicans” and who got his first big break playing the character credited only as “the toughest Pawnee” in “Dances With Wolves,” hasn’t been limited entirely to what he calls “leather and feathers” roles. But it’s sometimes taken some extra effort. When he heard Mann was making “Heat,” Studi called up the director and got himself a part as a police detective.

But recently, Studi is increasingly getting a chance to play a wider array of characters. Along with Max Walker-Silverman’s “A Love Song,” which opens in theaters Friday, he’s a recurring, funny guest star on Sterlin Harjo’s “Reservation Dogs,” the second season of which debuts Aug. 3 on Hulu.

“Hopefully it has to do with creating a better understanding of Native people by the general public,” Studi said in an interview earlier this summer. “It does still exist, the misconception that we were all killed off and we don’t exist anymore as peoples.”

“That’s essentially what I want to work on, and being a godfather to Native people in the industry,” he adds.

With that Studi, sitting outside the lobby of his East Village hotel in New York, lets out such a howl of laughter that he nearly doubles over.

Why does that notion, one many would eagerly endorse, strike him as so hysterical? He entered Hollywood at a time when Indigenous people were regularly played by white actors. (“Sam Waterston is the one that kills me,” Studi says, smiling.) A 2019 honorary Oscar made Studi the first Native American actor ever given an Academy Award.

“I can’t take myself seriously when I say that, that’s why,” he answers, wiping tears from his eyes. “I guess it could be.”

In person, Studi bears little resemblance to his fiercer screen roles. He’s more like his characters in “A Love Song” and “Reservation Dogs.” Amiable. Quick to laugh. Self-deprecating. A good storyteller. He exudes a bemused gratitude for the life he’s found as an actor despite spending half his life without Hollywood ambitions. Studi grew up outside of Tahlequah, Oklahoma, and spoke only Cherokee until he was 5. His father was a ranch hand.

“I had never thought of acting, really, except once early in my life when I asked my dad when I saw Jay Silverheels on ‘The Lone Ranger’: ‘Do you think anybody else can do what he does?’” Studi recalls. “He said, ’Probably not. Most of the actors you find are 6-foot tall, blond and blue-eyed.”

At 17, Studi joined the National Guard and volunteered to fight in Vietnam. He served a tour in South Vietnam, and saw heavy action. When he returned home, Studi joined the American Indian Movement, taking part in the 1973 occupation of Wounded Knee. It wasn’t until after he divorced in his late 30s that Studi gave acting a shot with a Tulsa community theater company his friend was involved with. Studi thought: What do I have to lose?

Studi performed wherever the theater company could mount a stage or in gaslight dinner theaters. In one play, he co-starred with Will Sampson and David Carradine. After a few years, Studi headed out to Los Angeles. He was in his early 40s.

“I still get the feeling of: Will I ever work again? That’s always been a part of it,” said Studi. “On the other hand, things have worked out that I have continued to work. I don’t take that lightly. I’m especially grateful that I’ve been able to buy a home and stay in a good car for an extended period of time.”

Studi remembers the Screen Actors Guild book of actors being a hefty tome while the then-newly founded American Indian Registry for the Performing Arts, listing Native actors, was a thin sliver. The parts available to him were also limited.

“The only real opening for a guy who looked like me was in Westerns,” says Studi. “That’s the only real door that was open to us in that point in time. It was simply a matter of being able to deliver lines and look like you mean it.”

After a few roles, Studi landed “Dances With Wolves.” Two years later, Mann cast him as Magua in “The Last of the Mohicans,” the cunning Huron warrior who fervently believes in fighting, ruthlessly, for survival. With time, Studi’s steely, determined performance has only grown more searing.

“Any Native that’s cognizant of history and the back and forth we’ve had with the colonizers, if you will, can have empathy with how he felt about things,” said Studi. “When you’re backed into a corner, you gotta fight. It’s one way or the other. All those things had an emotional consistency to them that I could identify with having been through the turmoil of the ’70s.”

“What are the chances he’d want to come up here, eat my mom’s food, hang out with my friends and make this tiny film?” says Walker-Silverman. “But fortunately, Wes loves acting more than anything.”

In the film, Studi and Dickey share a gentle duet, with Studi on guitar. Walker-Silverman planned for Studi to play a beat-up acoustic but Studi — who has toured with his band Firecat of Discord — came to the set with a red electric and a small amp. Walker-Silverman could tell the electric suited him better. During the Colorado shoot, Studi regularly strummed it with a big smile on his face.

“Well over a hundred films between them,” the director adds. “That this was maybe the first time they had ever kissed someone on screen says perhaps all sorts of sad things about who’s been allowed to fall in love in movies.”

This story restores dropped letter in graph 9 and corrects spelling in graph 13. 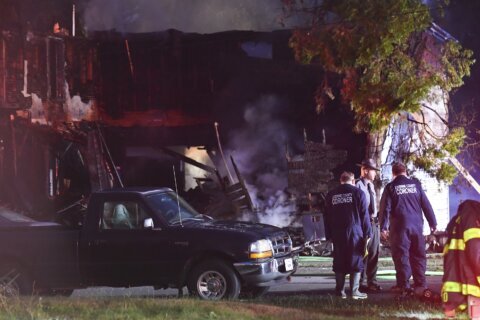