VP Harris says ‘thank you’ to SC Democrats at fundraiser

In her political return to a state where she campaigned heavily ahead of the 2020 election, Vice President Kamala Harris told a gathering of South Carolina Democrats how appreciative the White House is for the key support that ultimately led to the Biden administration.
Listen now to WTOP News WTOP.com | Alexa | Google Home | WTOP App | 103.5 FM

COLUMBIA, S.C. (AP) — In her political return to a state where she campaigned heavily ahead of the 2020 election, Vice President Kamala Harris told a gathering of South Carolina Democrats how appreciative the White House is for the key support that ultimately led to the Biden administration.

Her appearance, Harris’ first to a state-level party event since taking office, at times was reminiscent of the stump speeches that comprised her 2020 campaign in the state.

Harris campaigned heavily in South Carolina during her own 2020 White House bid but left the race before the state’s first-in-the-South primary, unable to achieve significant polling support or break through in a field that at one time included two dozen Democratic hopefuls. During that campaign, Harris worked to develop networks among Black voters often not elevated in the state’s political campaign, such as the Alpha Kappa Alpha sorority, of which she is a member.

On Friday, Harris recalled tales from that campaign, including making her way through the Charleston airport with bags full of collard greens to take home to cook for her family’s Thanksgiving, Southern produce she said she knew would be better than what she could find elsewhere.

“As I walked on the plane, there were a few people who gave me ‘the look,’ and ‘the nod,’” she said, to laughter.

The speech came a day ahead of Democrats’ convention in Columbia.

Some native South Carolina Republicans have also been testing the 2024 waters. Nikki Haley, who served the state for six years as governor before joining the Trump administration as U.N. ambassador, lives in the Charleston area and has been visiting other early-voting states, as has U.S. Sen. Tim Scott.

Earlier this year, Biden committed to tapping Harris as his running mate for the 2024 reelection campaign.

South Carolina, where Black voters play an outsized role in the Democratic electorate, ended up being the state where Biden was able to revive his flagging presidential campaign, following a series of losses in other early-voting states.

That victory came after a key endorsement for Biden from U.S. House Majority Whip Jim Clyburn, South Carolina’s sole Democrat in Congress and whose backing was seen by some Black voters as a long-awaited signal that Biden would be the candidate best suited to represent them.

On Friday, Clyburn took the stage as Harris concluded her remarks to thank the crowd “for what you have done over the years to keep the Democratic Party in this country viable.”

“Tonight,” he added, referencing Harris, “she has made us valuable.” 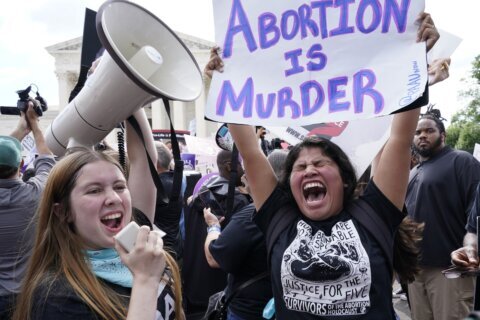