Shanghai and Tokyo advanced while Hong Kong and Seoul declined. The yen, already trading at two-decade lows, fell further to below 132 to the dollar.

Markets are “trading in a holding pattern” while traders wait for the Federal Reserve’s next moves on interest rates, said Yeap Jun Rong of IG in a report.

The Shanghai Composite Index advanced 0.2% to 3,243.73 after Chinese authorities eased anti-virus restrictions that shut down businesses in Shanghai and other major cities.

Markets are swinging between gains and losses as investors weigh evidence about whether the Fed’s rate hikes can cool inflation that is running at a four-decade high without tipping the U.S. economy into recession.

The yield on the 10-year Treasury, or the difference between the market price and the payout if held to maturity, jumped back above 3% to 3.04%, up from 2.95% late Friday.

The Treasury yield is moving toward its levels from early and mid-May. Then, it reached its highest point since 2018 amid expectations for the Federal Reserve to raise interest rates aggressively.

Economists at Goldman Sachs said in a research note they still see the Fed and its chair, Jerome Powell, on course to walk the line successfully and engineer what’s called a “soft landing” for the economy. That was more encouraging than some of the warnings that dragged on markets last week, including one from JPMorgan Chase CEO Jamie Dimon, who said he’s preparing for an economic “hurricane.”

On Wall Street, companies in the solar power industry were some of the biggest gainers after President Joe Biden ordered emergency measures to increase U.S. manufacturing of solar panels and exempted panels from Southeast Asia from tariffs for two years.

Twitter slipped 1.5% after Tesla CEO Elon Musk threatened to call off his deal to buy the company, saying Twitter was refusing to hand over data about possible fake accounts. Shares of Tesla rose 1.6%.

The yen is depressed because Japanese interest rates have stayed near record lows while rates are rising in the United States and Europe. That helps Japanese exporters but pushes up to the price consumers pay for imported goods. 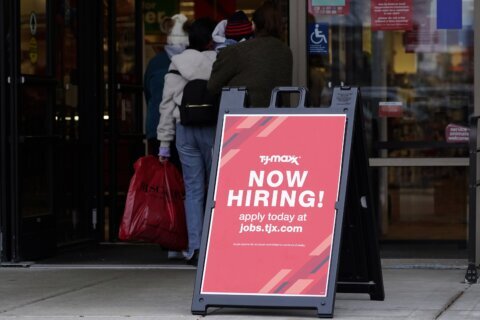