BOSTON (AP) — Massachusetts’ Jewish community is on edge after the launch this month of a mysterious pro-Palestine website listing the names and addresses of scores of local institutions — a number of them Jewish — and making calls to “dismantle” and disrupt them.

The Mapping Project is an interactive map of Massachusetts that lists nearly 500 local colleges, police departments, companies and nonprofits, and accuses them of complicity in a range of “harms,” from ethnic cleansing to colonialism, “surveillance” and Zionism, or Jewish nationalism.

The list includes some of the state’s most globally recognized institutions, from Harvard and MIT to Raytheon, General Electric, Moderna and Fidelity Investments.

But dozens of smaller Jewish organizations are also named, including Gann Academy, a Jewish high school in suburban Boston, and New England Yachad, the regional branch of a national organization for Jewish people with disabilities.

Jewish advocates complain many of the non-Jewish organizations appear to have made the cut simply because of their ties to Jewish groups.

“Jewish institutions are like the pin in the middle of the map, and everything spreads from there,” said Robert Trestan, head of the New England office of the Anti-Defamation League, speaking during an online briefing Wednesday highlighting concerns about the site.

The ADL, a group that opposes Jewish discrimination and bigotry, is among those named on the Mapping Project.

“It plays into this trope that powerful and wealthy Jews are inordinately influencing global affairs,” added Justin Finkelstein, an extremism expert with ADL, noting that 30 of the 38 non-government organizations named on the site are Jewish.

U.S. Attorney Rachael Rollins, of Massachusetts, who was also among the event’s speakers, promised to speak with the FBI about whether the site crosses the line from free speech to being dangerous and criminal.

“This language is dangerous for sure,” she said. “We need to see what we can do to root this out.”

Last week, a bipartisan group of 37 members of Congress called on the FBI and other law enforcement agencies to investigate, provide “enhanced security” for organizations listed on the website and to work with social media companies and internet service providers to prevent further distribution of the site.

“We must not turn a blind eye to this incitement,” wrote U.S. Rep. Josh Gottheimer, a New Jersey Democrat, and other lawmakers.

Spokespersons for the FBI and other federal agencies have declined to comment, as have the site’s creators.

But in a statement posted on the website, the creators maintain it simply illustrates the ways in which “institutional support for the colonization of Palestine” is tied to “policing and systemic white supremacy,” as well as “US imperialist projects” and other injustices.

“Our goal in pursuing this collective mapping was to reveal the local entities and networks that enact devastation, so we can dismantle them,” the statement reads. “Every entity has an address, every network can be disrupted.”

Internet company GoDaddy, where the website’s domain name is registered, reviewed the website and concluded it didn’t violate its domain name registration agreement, spokesperson Nick Fuller said in a statement.

The 1984 Hosting Co., of Reykjavík, Iceland, which is hosting the site, said in an email that it facilitates freedom of speech but doesn’t “host those who advocate violence, terror, suppression or hatred.” The company declined to comment when asked specifically about the concerns from the Jewish community.

More than 100 antisemitic incidents such as vandalism, harassment and assault were recorded in Massachusetts last year, up 48% from the prior year, according to the ADL’s annual report. The incidents are up more than 40% overall in New England, excluding Connecticut, according to the report.

Among last year’s incidents in Massachusetts was the stabbing of a rabbi near a Jewish day school in Boston and the Duxbury High School football team’s use of antisemitic terms in its play calling.

Jeremy Yamin, a vice president at Combined Jewish Philanthropies, a Boston nonprofit named on the Mapping Project, said local Jewish groups have been reaching out in recent days to see how they should respond.

He has been encouraging them not to overreact, but also make sure their security plans, equipment and staff training are up to date.

“We’re really focused on long-term preparation,” Yamin said. “This is serious, antisemitic speech, but it’s also part of a spectrum of issues we’ve been dealing with for some time.”

Rabbi Ron Fish, who has a son entering Gann Academy, said he’s confident the Waltham private school is taking the necessary precautions and won’t hesitate to send his son to classes when they resume in the fall.

“The targeting of children is horrific,” said Fish, also a director of antisemitism education and advocacy at ADL. “The Mapping Project was guilty of engaging in such an outrageous and dangerous act. But hiding is no answer.” 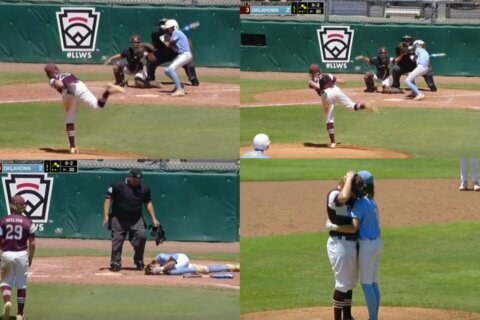 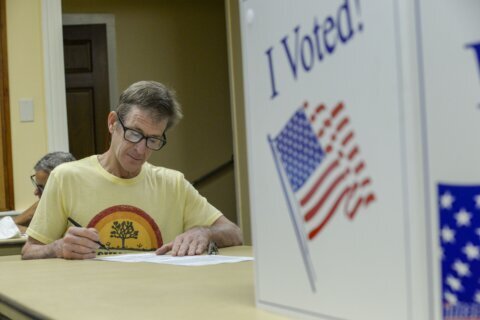