JEFFERSON CITY, Mo. (AP) — Missouri voters will have to show photo identification to cast a regular ballot in the November election as a result of a law signed Wednesday by Gov. Mike Parson that caps a nearly two-decade-long push by Republicans for stricter voting requirements.

The new Missouri election law also will open a two-week window for people to cast absentee ballots in person without needing to cite a reason why they can’t vote on Election Day — a provision pushed by Democrats as a compromise for not attempting to block the photo ID requirement.

The law will take effect Aug. 28, just a few weeks after the state’s Aug. 2 primaries.

It comes amid a renewed national emphasis on election laws. Democrats in many states have sought to expand voter access following widespread mail-in voting during the pandemic-affected 2020 elections while many Republicans have pursued new voting restrictions that they contend would cut down on the potential for fraud.

Missouri’s measure was backed by Republican Secretary of State Jay Ashcroft. who called it “one of the strongest election laws in the country.”

“It makes sure that it’s easy to vote, it’s harder to cheat and the people can have trust in the results,” Ashcroft said.

Missouri’s new law also bans the use of drop boxes to collect absentee ballots, mandates cybersecurity reviews and prohibits private donations for elections, with exceptions for personal protective equipment, water or food for election workers. It abolishes Missouri’s presidential primary, leaving parties to instead hold caucuses or conventions, and it allows voters to register by party starting in 2023.

In 2016, Republican lawmakers referred to the ballot a constitutional amendment authorizing photo ID that was approved by 63% of voters. But lower courts placed a hold on the accompanying law enacting the actual photo ID requirement. In January 2020, the state Supreme Court struck down a “misleading” and “contradictory” provision requiring a sworn statement for voters without a photo ID to cast a regular ballot.

Missouri’s latest law states that people without a government-issued photo ID can cast provisional ballots that will be counted if they return later that day with a photo ID or if election officials verify their signatures. Like the previous law, it requires the state to provide a free photo identification card to those lacking one to vote.

During legislative debate, Democrats denounced the photo ID requirement for erecting a barrier that they said could disproportionately affect minority voters. Some Black lawmakers called it “egregious” and “shameful.”

“What you’re trying to do is take us back to Jim Crow,” Democratic Rep. LaKeySha Bosley said during debate last month.

“It seems pretty racist to me to say that the color of skin determines whether or not someone knows how to get an ID,” Ashcroft said Wednesday. 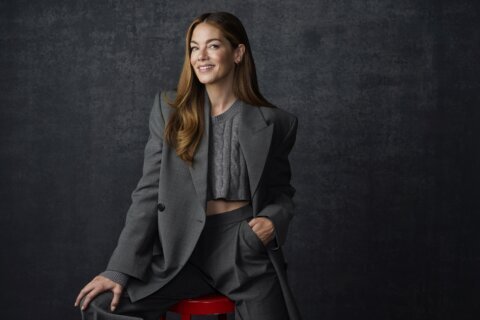