“Lightyear” did not go to infinity (or beyond) in its first weekend in theaters: Pixar’s first major theatrical release since…
Listen now to WTOP News WTOP.com | Alexa | Google Home | WTOP App | 103.5 FM

“Lightyear” did not go to infinity (or beyond) in its first weekend in theaters: Pixar’s first major theatrical release since March 2020 blasted off with $51 million in its debut weekend in North America, according to studio estimates on Sunday.

Not only did it open lower than expected, but it also failed to conquer “Jurassic World: Dominion,” which held on to the first-place spot with $58.7 million its second weekend.

It is a mixed bag for Disney and Pixar as “ Lightyear,” an origin story about the movie that inspired the space ranger action figure in the “Toy Story” movies, is one of the biggest launches for an animated family film over the pandemic. Including international showings, which grossed $34.6 million, “Lightyear’s” global opening weekend totals to $85.6 million.

But expectations were higher for a release this high-profile and based on a beloved, well-known character. Going into the weekend, some analysts had pegged “Lightyear” for a $70 million North American debut.

“The expectations are always incredibly high for any Pixar movie, particularly one that has a direct connection to the Toy Story brand,” said Paul Dergarabedian, the senior media analyst for box office tracker Comscore.

The family audience has proved a little more reluctant than other segments to return to movie theaters. Many studios, including Disney and Pixar, have opted for streaming or hybrid releases for their animated titles. Since the beginning of the pandemic, the company has sent its Pixar titles — “Soul,” “Luca,” and “Turning Red” — directly to Disney+ free for subscribers. Disney’s other big animated titles, “Raya and the Last Dragon” and “Encanto” got hybrid releases.

“There may have been a little confusion about whether it’s just in theaters,” Dergarabedian said. “This is a movie that is going to have to be marketed in real time as family audiences connect the dots.”

Critics were mostly favorable to “Lightyear,” which features Chris Evans as Buzz Lightyear and a supporting voice cast that includes Keke Palmer and Taika Waititi. Directed by Angus MacLane, it currently holds a 77% critics score on Rotten Tomatoes. Audiences gave it an A- CinemaScore.

With a reported production budget of $200 million, which doesn’t account for the millions spent on marketing and promotion, “Lightyear” has a long journey ahead of it to get to profitability. But it could also have a slow, steady burn over the summer. And it’s the only big family offering playing in theaters until “Minions: The Rise of Gru” opens July 1.

“Lightyear” opened in 4,255 locations domestically and in 43 markets overseas. Thirteen nations from the Muslim world and the Palestinian territory barred “Lightyear” from playing in their cinemas because of the inclusion of a brief kiss between a lesbian couple.

“Jurassic World: Dominion,” meanwhile, has now earned over $622.2 million worldwide with $259.2 million of that coming from U.S. and Canadian theaters. It’s only the seventh movie released during the pandemic to surpass $600 million.

In its fourth weekend, “Top Gun: Maverick” dropped only slightly, bringing in an additional $44 million to take third place. Its domestic total is now at $466.2 million. Globally, the high-flying sequel has grossed over $885 million.

Dergarabedian said it’s especially notable that there are three movies made over $40 million this weekend.

“We haven’t seen that in a while,” he said. “We have a summer movie season here.”

Rounding out the top five are “Doctor Strange in the Multiverse of Madness” with $4.2 million and “The Bob’s Burgers Movie” with $1.1 million. 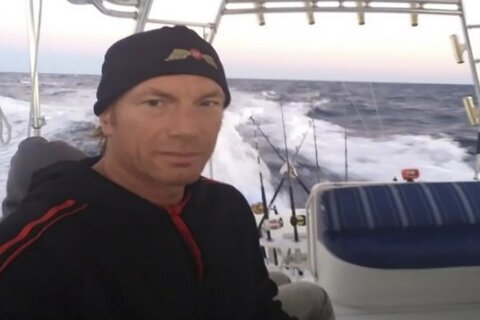