Hanford created more than two-thirds of the nation’s plutonium for nuclear weapons, including the atomic bomb dropped on Nagasaki, Japan, at the end of World War II. Left behind was the most contaminated nuclear site in the nation.

“We need the federal government to step up to the plate and do it’s job,” Inslee said Thursday. “This is an environmental justice issue.”

Much of the waste is stored in 177 aging underground tanks, some of which are leaking.

In a May letter to the director of the Office of Management and Budget at the Biden White House, Inslee wrote that Hanford budgets need to be far higher to avoid disaster, meet legal obligations and prevent the cleanup from continuing until as late as 2178, if not longer.

“As the earliest possible date for cleanup continues to extend farther into the future, the harms to the surrounding communities and the danger of catastrophic impacts to the Pacific Northwest are occurring right now,” Inslee, a Democrat, said in the May 23 letter to OMB Director Shalanda Young.

In a worst case scenario, cleanup of Hanford might not be completed for another 150 years, or possibly never, Inslee wrote.

He pointed out that Hanford’s older single-walled storage tanks are between 58 and 78 years old, which exceeds their designed lifespan of 20 to 30 years. At least two of those tanks are known to be leaking radioactive and other hazardous waste into the ground.

In addition. a tunnel storing highly contaminated equipment partially collapsed five years ago, and the collapse of a second waste storage tunnel was averted at great expense two years later, he wrote.

“If the idea of investing in the cleanup today is unpalatable, consider this — whether calamity comes in the form of a release of radiation, groundwater contamination reaching the Columbia River, harmful exposures to workers at the site, or something else, the bill will eventually come due,” Inslee wrote.

Relying on DOE data, Inslee said that even if cleanup is sufficiently funded every year, the earliest cleanup would be completed is 2064, but it could stretch to 2178 or later, if it ever is completed.

Each year that Hanford is underfunded adds 18 months to three years to the cleanup timeline as taxpayer dollars end up being spent on maintaining aging facilities and responding to emergency infrastructure failures, he said.

In a Senate subcommittee hearing in May, Energy Secretary Jennifer Granholm defended the administration’s latest budget request for Hanford, telling Washington’s Democratic Sen. Patty Murray it had to balance cleanup needs at all DOE sites. About a third of the nation’s defense-related environmental cleanup money goes to Hanford. 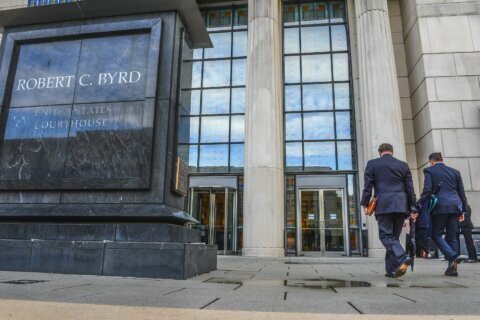 US judge finds for 3 drug distributors in landmark opioid lawsuit