PIGEON KEY, Fla. (AP) — A woman from Illinois was killed and two young children were injured when a sudden storm prompted a boat captain to cut loose their parasail, which then dragged them across the ocean and slammed them into a bridge in the Florida Keys, authorities said.

A nearby boater saw them hit the water and rushed to rescue them, pulling the victims into his boat and taking them to waiting paramedics, the U.S. Coast Guard said in a news release sent Tuesday night.

The 33-year-old woman from Schaumburg, Illinois, had already died by the time they arrived at the nearby Sunset Grill Marina, authorities said. Her 10-year-old son and 9-year-old nephew were taken to hospitals for treatment.

“He was pretty frantic on the call. He said, ‘Call 911 right away,’” Platt told the television station.

“It was pretty much flat calm, but you could see the storm coming. All of the sudden, the temperature dropped by 10 degrees and the wind started blowing like crazy,” Callion said.

The woman and children were then dragged “through and across the surface of the water” by the inflated parasail until they collided with the Old Seven Mile Bridge, the agency’s report said.

Mark McCulloh, a parasailing safety consultant from Maitland, Florida, said boat captains should never cut the cord when people are in the air.

“No, no, no. That’s not even in the cards,” McCulloh told The Associated Press. He noted that, generally speaking, a captain is giving up control by cutting the line.

”You run a huge risk because it’s windy. When the parasail lands in the water, it doesn’t stop moving,” he said.

Callion, the fishing guide who saw the crash, found the 10-year-old boy battered but awake. The 9-year-old boy was unconscious and wrapped in the parasail’s lines.

“It was pretty much the worst thing you could imagine,” he said. “It was real bad.”

The Coast Guard and the state’s wildlife agency are investigating. Neither responded Wednesday to questions about the boat’s captain.

“Our condolences are with the family and loved ones of those affected by Monday’s accident,” said Capt. Jason Ingram, Coast Guard Sector Key West commander. “This was a tragedy for a family seeking to enjoy their visit to the Florida Keys.” 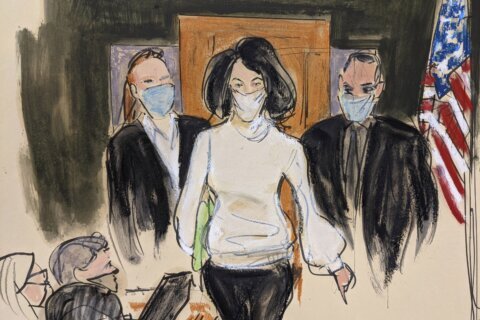