Federal Reserve Chair Jerome Powell has pledged to do whatever it takes to curb inflation, now raging at a four-decade high and defying the Fed's efforts so far to tame it.
Listen now to WTOP News WTOP.com | Alexa | Google Home | WTOP App | 103.5 FM

WASHINGTON (AP) — Federal Reserve Chair Jerome Powell has pledged to do whatever it takes to curb inflation, now raging at a four-decade high and defying the Fed’s efforts so far to tame it.

Increasingly, it seems, doing so might require the one painful thing the Fed has sought to avoid: A recession.

A worse-than-expected inflation report for May — consumer prices rocketed up 8.6% from a year earlier, the biggest jump since 1981 — helped spur the Fed to raise its benchmark interest rate by three-quarters of point Wednesday.

Not since 1994 has the central bank raised its key rate by that much all at once. And until Friday’s nasty inflation report, traders and economists had expected a rate hike of just half a percentage point Wednesday. What’s more, several more hikes are coming.

The “soft landing” the Fed has hoped to achieve — slowing inflation to its 2% goal without derailing the economy — is becoming both trickier and riskier than Powell had bargained for. Each rate hike means higher borrowing costs for consumers and businesses. And each time would-be borrowers find loan rates prohibitively expensive, the resulting drop in spending weakens confidence, job growth and overall economic vigor.

“There’s a path for us to get there,” Powell said Wednesday, referring to a soft landing. “It’s not getting easier. It’s getting more challenging”

It was always going to tough: The Fed hasn’t managed to engineer a soft landing since the mid-1990s. And Powell’s Fed, which was slow to recognize the depth of the inflation threat, is now having to play catch-up with an aggressive series of rate increases.

“They are telling you: ‘We will do whatever it takes to bring inflation to 2%,’ ” said Simona Mocuta, chief economist at State Street Global Advisors. “I hope the (inflation) data won’t require them to do whatever they’re willing to do. There will be a cost.’’

In Mocuta’s view, the risk of a recession is now probably 50-50.

The Fed itself acknowledges that higher rates will inflict some damage, though it doesn’t foresee a recession: On Wednesday, the Fed predicted that the economy will grow about 1.7% this year, a sharp downgrade from the 2.8% growth it had forecast in March. And it expects unemployment to average a still-low 3.7% at year’s end.

But speaking at a news conference Wednesday, Powell rejected any notion that the Fed must inevitably cause a recession as the price of taming inflation.

“We’re not trying to induce a recession,” he said. “Let’s be clear about that.”

President Joe Biden told The Associated Press on Thursday that he also believes a recession in the United States is not inevitable. The U.S. is in a better position than any other nation to tame inflation, he said.

Economic history suggests, though, that aggressive, growth-killing rate hikes could be necessary to finally control inflation. And typically, that is a prescription for a recession.

Indeed, since 1955 every time inflation ran hotter than 4% and unemployment fell below 5%, the economy has tumbled into recession within two years, according to a paper published this year by former Treasury Secretary Lawrence Summers and his Harvard University colleague Alex Domash. The U.S. jobless rate is now 3.6%, and inflation has topped 8% every month since March.

Inflation in the United States, which had been under control since the early 1980s, resurged with a vengeance just over a year ago, largely a consequence of the economy’s unexpectedly robust recovery from the pandemic recession. The rebound caught businesses by surprise and led to shortages, delayed shipments — and higher prices.

President Joe Biden’s $1.9 trillion stimulus program added heat in March 2021 to an economy that was already warmed up. So did the Fed’s decision to continue the easy-money policies — keeping short-term rates at zero and pumping money into the economy by buying bonds — it had adopted two years ago to guide the economy through the pandemic.

Only three months ago did the Fed start raising rates. By May, Powell was promising to keep raising rates until the Fed sees “clear and convincing evidence that inflation is coming down.’’

Some of the factors that drove the economy’s recovery have meanwhile vanished. Federal relief payments are long gone. Americans’ savings, swelled by government stimulus checks, are back below pre-pandemic levels.

And inflation itself has been devouring Americans’ purchasing power, leaving them less to spend in shops and online: After adjusting for higher prices, average hourly wages fell 3% last month from a year earlier, the 14th straight drop. On Wednesday, the government reported that retail sales fell 0.3% in May, the first drop since December.

Now, rising rates will squeeze the economy even harder. Buyers or homes and autos will absorb higher borrowing costs, and some will delay or scale back their purchases. Businesses will pay more to borrow, too.

And there’s another byproduct of Fed rate hikes: The dollar will likely rise as investors buy U.S. Treasurys to capitalize on higher yields. A rising dollar hurts U.S. companies and the economy by making American products costlier and harder to sell overseas. On the other hand, it makes imports cheaper in the United States, thereby helping ease some inflationary pressures.

The U.S. economy still has strength. The job market is booming. Employers have added an average 545,000 jobs a month over the past year. Unemployment is near a 50-year low. And there are now roughly two job openings for every jobless American.

Families aren’t buried in debts as they were before the Great Recession of 2007-2009. Nor have banks and other lenders piled up risky loans as they had back then.

Still, Robert Tipp, chief investment strategist at PGIM Fixed Income, said that recession risks are rising, and not only because of the Fed’s rate hikes. The growing fear is that inflation is so intractable that it might be conquered only through aggressive rate hikes that imperil the economy.

“The risk is up,” Tipp said, “because the inflation numbers came in so high, so strong.”

All of which makes the Fed’s inflation-taming, recession-avoiding act even more treacherous.

“It’s going to be a tightrope walk,’’ said Thomas Garretson, senior portfolio strategist at RBC Wealth Management. “It’s not going to be easy.’’ 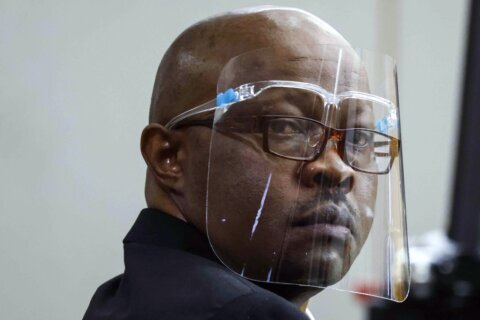