The Supreme Court’s overturning of Roe v. Wade has set off a frenzy of activity in courthouses around the country,…
Listen now to WTOP News WTOP.com | Alexa | Google Home | WTOP App | 103.5 FM

The Supreme Court’s overturning of Roe v. Wade has set off a frenzy of activity in courthouses around the country, with judges asked to decide when or if state-imposed bans or other far-reaching restrictions on abortion can go into effect.

Some of the disputes involve bans that have been on the books, unenforced, for generations. Some involve “trigger laws” that were specifically designed to take effect if Roe were to fall. Some entail prohibitions on abortion that were held up while the ruling on Roe’s fate was awaited and are now moving forward.

To complicate matters, some states have multiple abortion bans in play, and the measures conflict, overlap or are set to take effect at different times.

Here’s a look at some of the key legal issues.

The Supreme Court last week struck down the landmark 1973 ruling that legalized abortion nationwide, ruling that the decision to terminate a pregnancy is no longer protected under the U.S. Constitution. The high court left it up to the states to decide whether abortion is now legal within their boundaries.

In anticipation of a ruling like this, several Republican-controlled states passed strict abortion bans in recent years. Some of these “trigger laws” are now going into effect, while some are being blocked, at least temporarily. In some states, older laws that became null and void because of Roe are now resurfacing.

WHAT THIS MEANS ON THE GROUND

The upshot is that many conservative states now have bans or deep restrictions on abortions, while the most liberal states are seeking to add more protections.

Ultimately, roughly half the states are expected to outlaw or severely limit abortion.

But the situation has been highly fluid in recent days, as courts weighed in on disputes between abortion foes and abortion rights advocates.

As of Wednesday afternoon, because of bans, tight restrictions or fear of prosecution at some clinics, abortions were available in only the rarest circumstances, if at all, in Alabama, Arizona, Arkansas, Kentucky, Missouri, Oklahoma, South Dakota, West Virginia, Wisconsin and Wyoming.

Patients could get abortions in Ohio, South Carolina, Tennessee and Texas only up to the point where cardiac activity in the fetus can be detected. That is normally around six weeks, before many women realize they are pregnant.

Near-total bans are also expected to go into effect in the coming weeks in Idaho, Mississippi, North Dakota and Tennessee as their trigger laws kick in.

In Louisiana and Utah, virtually complete bans are on hold because of court rulings.

In some states, multiple bans are on the books, creating confusion that has left clinics and patients scrambling.

Texas is one example of that. The state already bans most abortions after cardiac activity is detected. That law took effect in September and makes no exception in cases of rape or incest.

On Tuesday, however, a judge in Houston temporarily blocked enforcement of an even stricter state law that would ban virtually all abortions. That law has been on the books for decades but was nullified while Roe was in place.

But even with that older law on hold, Texas is still set to ban virtually all abortions before long: The state has a separate trigger law that will take effect in the coming months.

Amid the whirlwind of rulings, all of the state’s clinics initially stopped providing abortions last week. But the four Texas clinics run by Whole Woman’s Health began offering them again this week, though only in the first six weeks or so of pregnancy.

In a statement, Planned Parenthood, which has not resumed abortions in Texas, said the organization’s affiliates in states that are “extremely hostile” to abortion access “are being forced to make difficult operational decisions.”

Because the Supreme Court said abortion is not protected by the U.S. Constitution, abortion rights advocates are challenging many of these bans by arguing that they violate their state’s constitution — say, the rights to privacy, liberty or equal protection.

Such an argument is the heart of a challenge in Florida. Opponents say a ban on abortion after 15 weeks, which is to take effect Friday, would violate the Florida Constitution’s guarantee of the right to privacy.

Some of the legal challenges, however, are more about process: They will address whether the bans were enacted properly or conflict with other laws.

“What the litigation is designed to do is to preserve in as many places as we can, as much abortion access as we can, for as long as we can,” said Jennifer Dalven, director of the American Civil Liberties Union’s Reproductive Freedom Project.

But she said that ultimately, the courts will not be the solution, and politicians will need to take action.

James Bopp Jr., a lawyer for the National Right to Life Committee, said lawmakers took steps to make sure the trigger laws withstand legal scrutiny, including by having provisions that say the state attorney general or another official will declare the conditions have been met for the law to take effect.

He said those measures will ensure due process has been followed in implementing the laws.

“It’s hard to imagine any valid claims against those laws,” he said.

When it comes to laws that have been on the books for generations, there has been some mixed activity. Top Democratic officials in Michigan and Wisconsin are asking state courts to rule that the older bans there can’t take effect.

In Arizona, the governor said a new law that takes effect later this year — which outlaws abortion after 15 weeks — takes precedence over a total ban adopted before Arizona became a state more than a century ago. Still, providers stopped performing abortions there last week, fearing prosecution under the old law.

Some states that are seeking to outlaw abortion may essentially try to reach across state lines to enforce their bans.

In Missouri, a measure that was proposed but failed to pass last year would have made it illegal to abort a fetus conceived in the state — even if the procedure is done in a state where abortion is legal.

Abortion rights advocates warn that similar proposals could be brought forth again there or elsewhere, along with other attempts to restrict travel out of state for abortions.

On the other side, Connecticut has a law going into effect Friday to protect its abortion providers from being sued in other states. Several governors have made or planned similar moves through laws or executive action.

The permissibility of such measures could become the next legal frontier in the abortion debate.

But even within states, prosecutions are being challenged. The city councils in New Orleans and Austin, Texas — both liberal cities in conservative states — are considering measures that would require law enforcement officials to make abortion investigations their lowest priority.

“It will move to different frontiers,” Dalven said. “The current wave of litigation will go forward. It will morph over time.” 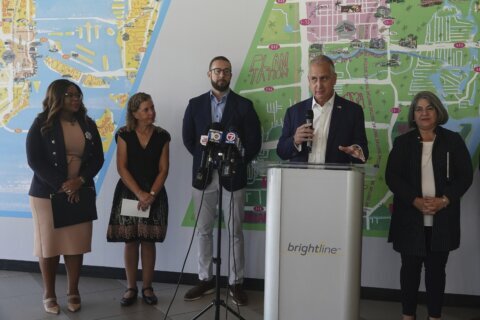