Curry, Green, Thompson seek one win to add another title

SAN FRANCISCO (AP) — When Stephen Curry, Klay Thompson and emotional, do-everything teammate Draymond Green began Golden State’s climb nearly a decade ago, they were still relatively young and each establishing themselves in their careers.

At far different stages of their respective basketball journeys and lives now all these years later, they are again closing in on another championship together as the cornerstones of what many consider a Warriors dynasty they helped make. Their chance to win a fourth title comes Thursday night in Boston, where the Warriors take a 3-2 NBA Finals lead into Game 6 against the Celtics.

The Splash Brothers and Green now have 20 wins together in the finals, the second most for any NBA trio since 1970. They are approaching the company of Kareem Abdul-Jabbar, Magic Johnson and Michael Cooper, who won 22 finals games together with the Lakers.

With Monday’s 104-94 Game 5 win, the Golden State stars topped the 19 victories accomplished by Tim Duncan, Tony Parker and Manu Ginobili with the Spurs.

“We want to have one more to show for it and one more win, and really embrace what we’ve accomplished to be back on this stage,” Curry said after the game, when he went 0 for 9 on 3-pointers to snap a record 233-game streak of making at least one.

“Obviously making six finals, you have a lot of opportunities. You enjoy every single one of them. So this series is no different. And one more win, just got to figure out a way to get it done.”

Coach Steve Kerr has been here for the six NBA Finals appearances over eight years, including five straight from 2015-19.

They all have gone through so much in recent seasons — most notably two devastating injuries for Thompson — that this opportunity is being especially cherished.

“It’s so exciting to be part of the finals again. I think this whole season has kind of led to this, a lot of individual stories, guys getting better, guys getting healthy,” Kerr said. “Here we are, we have a chance. We have two cracks at getting one win, but we also know how difficult it’s going to be.”

It seems so long ago, yet all three Warriors leaders have pointed to that early time bringing respectability back to the franchise as significant in building the necessary experience that helps them on the big postseason stage now. Perspective has been gained through winning three championships and in losing twice, too.

Curry and Green are now fathers who finish practice and prefer to get home right away for family time, while Thompson has a greater appreciation for everything on and off the court after being sidelined for more than 2 1/2 years following surgeries on his left knee and right Achilles tendon.

“Now to be here again, I wouldn’t change anything,” Thompson said. “I’m very grateful and everything I did to that point led to this, so I would not change a thing.”

Well before Thompson returned at long last in January, he offered a “championship or bust” vow for this season that he hopes to deliver this week.

These three 30-somethings are relishing this remarkable postseason run with more gratitude and the realization of how hard it is to get here. That’s what a couple of disappointing seasons does on the heels of so much winning.

Even with all the differences and new faces from those previous championship teams, Curry, Green and Thompson were determined to keep the faith that everything would work out to build another winning roster.

“So just really embracing and appreciating each process for what it is, because every year is its own year, is its own journey, and appreciating that journey and actually going through it,” Green said. “Not doing all you can to get around it thinking, ‘Oh, man, we’ll just get back there.’ Just appreciating that journey and actually putting yourself in it and going through it — feeling the ups, feeling the downs, and then ultimately it takes some extreme competitors.”

While these three had veterans like Andre Iguodala — he’s still around — and Shaun Livingston leading the way as they gained experience, it’s now Curry, Green and Thompson offering guidance with youngsters such as rookie Jonathan Kuminga, Jordan Poole and even finals first-timer Andrew Wiggins.

Green thinks things are different than even when joined the Warriors as a second-round draft pick at 35th overall out of Michigan State in 2012. He tries to approach the young players with an understanding for the pressures they feel.

“You end up having to learn their generation because you just can’t lead them the same way you could lead someone that’s kind of our generation,” he said. “You figure out what buttons to press, and how do you get to them, how to treat them and what’s the best way. … I learned to treat or look at him as more than a son or a brother, and that’s just all part of growth.” 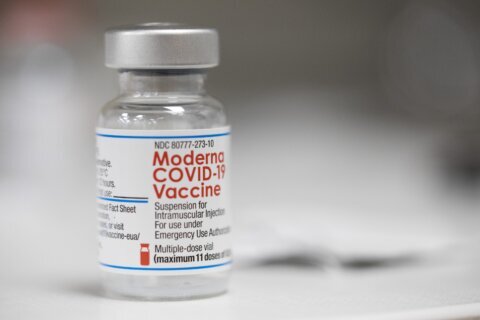