FOURTH OF JULY NEWS: Sheetz dropping gas prices through July 4th | Where to watch fireworks at National Mall | FAQ: ‘A Capitol Fourth’ returns live | Get up early if driving out of town
Home » National News » At LGBTQ Pride, celebration… 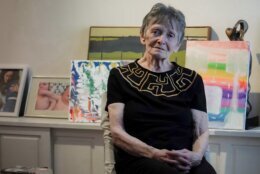 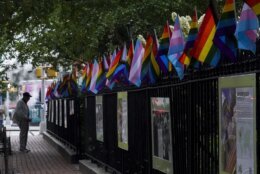 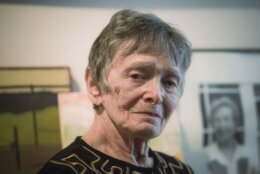 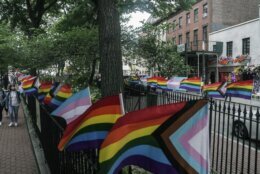 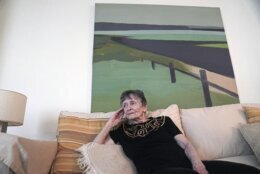 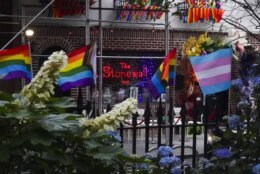 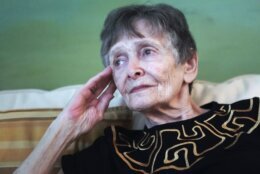 NEW YORK (AP) — LGBTQ Pride commemorations that sometimes have felt like victory parties for civil rights gains are now grappling with an environment of ramped-up legislative and rhetorical battles over sexual orientation and gender identity, and fears that a Supreme Court ruling on abortion opens the door to rights being taken away.

Big crowds are expected Sunday at Pride events in New York City and a range of other places including San Francisco, Chicago, Denver and Toronto, in a return to large, in-person events after two years of pandemic-induced restrictions.

Like every year, the celebrations are expected to be exuberant and festive. But for many, they will also carry a renewed sense of urgency and concern.

“There are so many anti-LGBTQ attacks going on around the country, and a lot of them are really about trying to erase our existence and to make us invisible, and to make our young people invisible and our elders invisible,” said Michael Adams, CEO of SAGE, which advocates for LGBTQ elders.

Extremists have taken an increasingly hostile stance toward Pride events, including plotting an attack against a march in Idaho, while conservative state governments has proposed and in some cases passed a slew of anti-LGBTQ legislation.

Another blow came Friday, when the conservative majority on the Supreme Court overturned a nationwide right to abortion in an upending of a long-established legal standard that has people wondering whether same-sex marriage might be next.

The majority decision claimed it was solely about abortion, but in his concurring opinion, Justice Clarence Thomas said other cases should be looked at again, including the one that made same-sex marriage legal.

In March, Florida Gov. Ron DeSantis signed a law barring teaching on sexual orientation and gender identity in kindergarten through third grade, which critics decried as an effort to marginalize LGBTQ people and lambasted as the “Don’t Say Gay” law.

In Texas, Gov. Greg Abbott, like DeSantis a Republican, sent a letter to state health agencies in February saying that it would be child abuse under state law for transgender youth to get gender-affirming medical care. A judge has halted full implementation of any parental prosecutions.

Protest has always been an element of New York City’s Pride Parade, which roughly coincides with the anniversary of the beginning of the June 28, 1969, Stonewall uprising — days of angry demonstrations sparked by a police raid on a gay bar in Manhattan.

Marchers in the 1980s protested a lack of government attention to the AIDS epidemic.

In recent years, though, they’ve often been celebrations of major victories for LGBTQ communities to celebrate, like in 2015 when the Supreme Court issued the Obergefell v. Hodges decision recognizing same-sex marriage.

That’s not this year, though.

“This year, we have seen an onslaught of aggressively hostile anti-LGBTQ+ bills in many state legislatures, and more of them have passed than last year,” said Jennifer Pizer, law and policy director for Lambda Legal.

It brings home a reality that in addition to celebration, there’s still a need for activism, said Joe Negrelli, 70, a longtime NYC Pride attendee, who was worried about marriage equality.

“Could it be overturned? Yes, I do believe that. It is a conceivability,” he said of the court’s decision legalizing same-sex marriage nationwide. It “makes me want to put more energy into engaging in marching.”

Anyone who might have been “lulled into a false sense of security” by previous civil rights victories “has been woken up now,” Adams said. “I think a lot of us who understand the history of the struggle for equality and equity and social justice in this country know that the fight is never over.”

It’s not just legislation and court decisions. Those who track hate speech say anti-LGBTQ language has increased online, which raises the fear that extremists will take it as a call to engage in action, like the rash of protests and physical interruptions that have taken place at Drag Queen Story Hours, where adults in drag read books to children.

Earlier this month, 31 members of a white supremacist group, carrying riot gear, were arrested over accusations that they were plotting a major disruption at a Pride event in Idaho.

That doesn’t mean the celebration’s over, advocates said.

“There can be celebration and joy, and also purpose in protest,” Pizer said.

Ellen Ensig-Brodsky, 89, has embraced both those roles in her decades of attending Pride as a LGBTQ rights activist.

“The parade is the display, publicly, of my identity and my group that I have been part of for at least 40 or more years,” she said, adding that she will be marching again Sunday. “I certainly would not want to miss it.”

After all this time, the animosity and hostility she’s seeing around the country aren’t unfamiliar to her.

“The intent to increase anti-LGBTQ existence is a return to what I started out with” decades ago, she said. Back then, “we didn’t come out. We hid.”

Not now, she said, “I think we need to show that love can persist and continue and spread.” 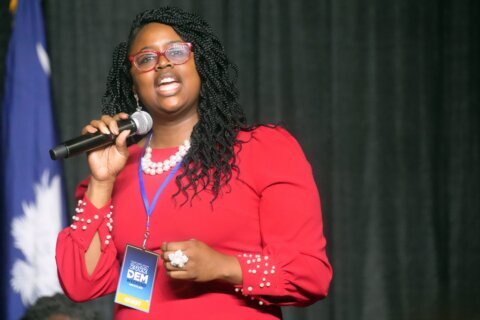 Report: Lack of water access costs U.S. $8.6B each year