TACOMA, Wash. (AP) — An anti-harassment order has been issued against a sheriff in western Washington, requiring him to stay away from a Black newspaper carrier who is suing him over a confrontation last year.

Pro Tem Judge Christine Chin on Monday cited “a course of conduct of unlawful harassment,” in ruling that Pierce County Sheriff Ed Troyer must steer clear of Sedrick Altheimer for one year, The Seattle Times reported.

The ruling came in a virtual hearing on whether to extend a temporary anti-harassment order against Troyer that had been filed last month by an attorney for Altheimer.

Chin referred to recent incidents in which Altheimer said Troyer followed him in an SUV, circling around and flashing his lights as Altheimer delivered newspapers in Tacoma.

Altheimer testified under oath Monday about the encounters, saying he was left fearful by the continued contacts with Troyer.

Troyer did not come to the hearing, but then was summoned to appear by the judge. His attorney, John Sheeran, said Troyer would not offer testimony because of a criminal case pending against him.

Sheeran disputed Altheimer’s harassment claims, saying Troyer had encountered him only once since the 2021 incident — while checking on his elderly father, to whom Altheimer delivered a newspaper.

Troyer has faced criticism and calls for his resignation over his early morning Jan. 27, 2021, encounter with Altheimer, who was delivering newspapers on his regular route. Saying he believed Altheimer was acting suspiciously, Troyer followed him in his SUV, not identifying himself as law enforcement.

The two wound up in a standoff and Troyer called in a large police response, repeatedly telling an emergency dispatcher that Altheimer had threatened to kill him. Troyer backed off his threat claims upon questioning by Tacoma police.

Troyer has pleaded not guilty to misdemeanor criminal charges of false reporting and making a false or misleading statement to a public servant over the incident. He has called the charges brought by the state attorney general’s office “a politically motivated anti-cop hit job.”

A trial was originally set for July but has been moved to October.

Troyer last year also was placed on Pierce County’s “Brady list” – a roster of law enforcement officers with credibility problems that could impact their ability to serve as witnesses in criminal cases. 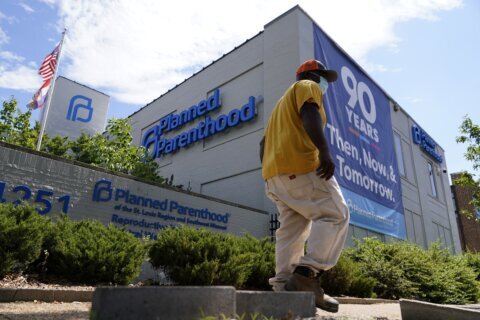