SELMA, Ala. (AP) — A company is seeking to build the country’s first-ever remote air traffic control center, which could handle traffic for multiple airports, on the site of an old Air Force base in Alabama, a newspaper reports.

Advanced ATC Inc., an air traffic control academy based in Valdosta, Georgia, announced plans Thursday to invest about $4.7 million at Craig Air Field, now a public airport in Dallas County, just southeast of Selma, the Selma Times-Journal reported. The company also announced it will establish an international training academy at the site.

The remote tower uses cameras, real-time video and other features, allowing air traffic controllers to remotely accomplish the duties they would previously have carried out in a traditional control tower, the company said.

“Remote towers represent an important and innovative step in airspace modernization efforts in the U.S., and I’m excited to see Advanced ATC establish its pioneering operation at Craig Field,” said Greg Canfield, secretary of the Alabama Department of Commerce.

While the technology is gaining a foothold in Europe, it is relatively new to the United States, Dan Cunningham, chief operator officer for Advanced ATC, told The Associated Press.

“Remote tower systems are brand new in the United States,” Cunningham said. He said the tower will be part of their training academy at the site — where they anticipate training students from around the globe — but will need approval from the Federal Aviation Administration before handling air traffic in the United States.

The Federal Aviation Administration has not approved any remote tower systems for use. But Cunningham said remote towers at two airports are currently going through the evaluation process, and “our process will be the same.”

Advanced ATC officials said the remote tower will be equipped to support aviation expansion and provide air traffic control services for up to 40 airports in the U.S.

“The outlook for small airports to be able to afford ATC service without the requirement to build a $5 million to $10 million control tower is now available with the advancement of camera and satellite technologies changing almost daily,” Cunningham said. “The Selma RTC will be the catalyst for this historic change in the United States.”

Indra, an aviation navigation systems company, will partner with Advanced ATC and contribute staffing, software and logistics for each remote tower system established in North America.

“We are thrilled to reach a win-win agreement and are very anxious to get started making aviation history at Craig Field,” said Advanced ATC President Monica Cunningham. 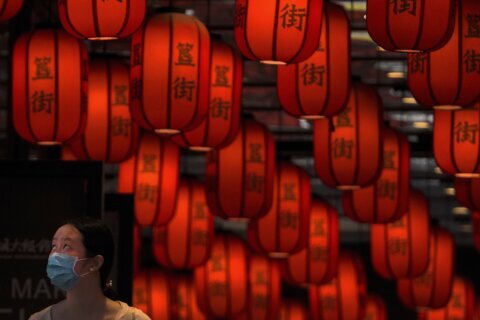