PORTLAND, Ore. (AP) — Three weeks after Oregon’s third-largest county learned that a majority of their ballots had blurry barcodes and were unreadable by vote-counting machines, state officials have yet to receive a written plan detailing how the county will complete the tally by June 13, the deadline to certify election results.

As frustrations continue to grow and the results of a key U.S. House race hangs in the balance, Oregon Secretary of State Shemia Fagan met with Clackamas County’s top election officials Monday. She received a verbal update on the county’s progress, but continues to wait on a full written plan that outlines benchmarks and a timeline showing how long it will take to duplicate the county’s ballots by hand.

“I continued to push them and will continue to push them to provide a written plan with regular benchmarks so that I, you and the public can confirm that they are on track to produce timely results,” Fagan said during a news conference Tuesday.

Tens of thousands of ballots in Oregon’s third-largest county were printed with blurred barcodes, making them unreadable by vote-counting machines — a mistake that wasn’t caught until ballots were already being returned in the vote-by-mail state. Elections workers must now hand-transfer the votes from those ballots to new ones that can be read in a painstaking process that also raises the possibility of duplication errors.

Clackamas County Elections Clerk Sherry Hall estimates that up to two-thirds — about 73,000 of the roughly 115,000 ballots received by the county so far — have been affected.

The debacle has angered many in Oregon, where all ballots have been cast only by mail for 23 years and lawmakers have consistently pushed to expand voter access through automatic voter registration and expanded deadlines. It’s also thrown into question a key U.S. House race in a district that includes a large portion of Clackamas County, which stretches nearly 2,000 square miles (5,180 square kilometers), from Portland’s liberal southern suburbs to rural conservative communities on the flanks of Mount Hood.

Results for the Democratic primary for Oregon’s 5th Congressional District — where seven-term Rep. Kurt Schrader, a moderate, is trailing in the vote behind progressive challenger Jamie McLeod-Skinner – are slowly trickling in. The outcome could have an outsized impact in November, with the possibility that voters could flip the seat for the GOP.

In order to complete the tally by June 13, nearly 200 county employees have been redeployed from their normal duties to hand-transfer the voter’s intent to a fresh ballot that could be scanned. As of Monday slightly more than half of the ballots — 57,550 — had been tallied, according to data provided by Clackamas County.

The issue in Clackamas County came to light May 3, when workers put the first ballots returned through the vote-counting machine. About 70 or 80 ballots from each batch of 125 were spit out as unreadable. It was too late to print and mail new ballots, according to Hall, who did not “proof” the printed ballots before they were mailed out. 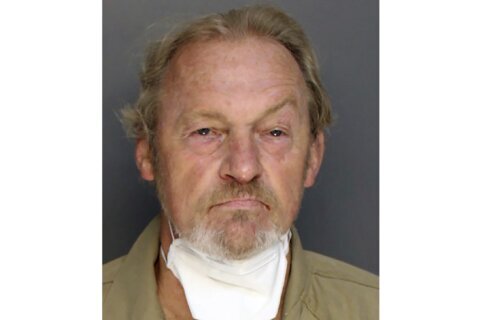