In response to a records request by The Associated Press, the Republican governor’s office released emails containing Lee’s April 21 public statement granting Smith a reprieve. The office also released a series of emails from reporters asking for more details about the problems that led Lee to halt the execution. The reporters were referred to the public statement, which said only that there was an “oversight” in the preparation of the drugs.

On Monday, Lee finally elaborated in a new statement, saying the drugs to be used in Smith’s execution were tested for potency and sterility, but not endotoxins, as required by the state’s execution protocols. Lee placed a temporary moratorium on executions through the end of the year and appointed former U.S. Attorney Ed Stanton to review circumstances that led to the failure.

Lee has repeatedly cited deliberative process when declining to release documents. The exemption is not in state law but was described in a 2004 intermediate appeals court decision. In that ruling, the court determined certain documents could remain secret if officials deemed them part of their decision-making process.

Early in his administration, Lee’s office also cited “executive privilege” more than a dozen times as a reason for withholding records, though his team argued they were using the term interchangeably with deliberative process. Tennessee statutes, including the state’s open records laws, do not define executive privilege. The Tennessee Constitution does not mention it.

Lee initially promised to overhaul the state’s public records laws to provide more government transparency when he came into office, but he has yet to significantly change the statutes.

Smith, 72, was sentenced to death for fatally stabbing and shooting his estranged wife, Judith Smith, and her teenage sons, Jason and Chad Burnett, at their Nashville home on Oct. 1, 1989.

Smith’s execution was to be the first of five scheduled in 2022, the most of any state other than Texas, which also scheduled five executions, according to the Death Penalty Information Center. It was also to be Tennessee’s first execution since the pandemic halted executions in 2020. 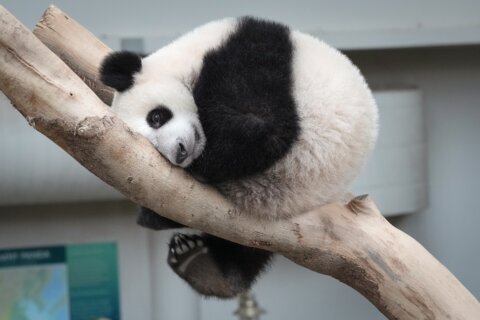