A couple hundred people grabbed their pool noodles and headed to a Nebraska park again this weekend to battle over the right to the name Josh.
Listen now to WTOP News WTOP.com | Alexa | Google Home | WTOP App | 103.5 FM
(1/2) 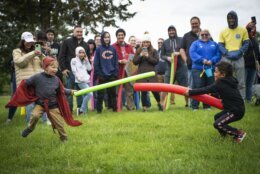 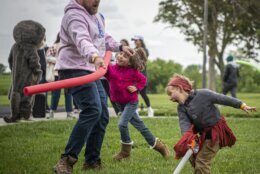 LINCOLN, Neb. (AP) — A couple hundred people grabbed their pool noodles and headed to a Nebraska park again this weekend to battle over the right to the name Josh.

The event started as an online joke when Josh Swain from Tucson, Arizona, sent out a tweet challenging anyone who shared his name to fight over it. After it took on a life of its own, Swain turned it into a real event last year at the random coordinates he included in his original note, which happened to be in Lincoln, Nebraska.

“The enthusiasm from everybody here was just incredible,” Swain told the Lincoln Journal Star.

Several of the competitors this year donned costumes, including masks, animal suits and football helmets, before heading out to Bowling Lake Park. But that wasn’t enough to dethrone 5-year-old Josh Vinson Jr., who defended his title as the No. 1 Josh.

Saturday’s event raised nearly $21,000 for Children’s Hospital & Medical Center in Omaha, and the owners of the Josh Cellars wine label pledged to match that amount with a donation of their own. The hospital said it plans to share some of the donations with the Joshua Collinsworth Memorial Foundation that promotes water safety with its Josh the Otter mascot who attended Saturday’s battle.

Swain said he’d like to make the Josh Fight an annual event but he’s not sure if he’ll be able to keep it up.

“There’s a number of factors in this crazy world,” Swain said. “I think that the hope is to keep this trend going so that we can keep the good times rolling.” 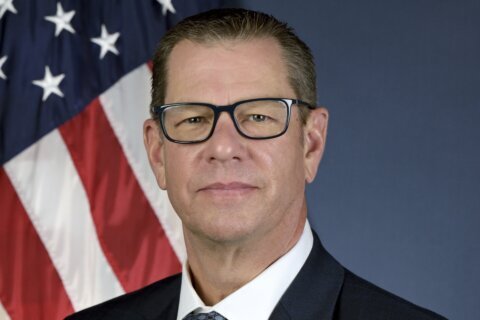 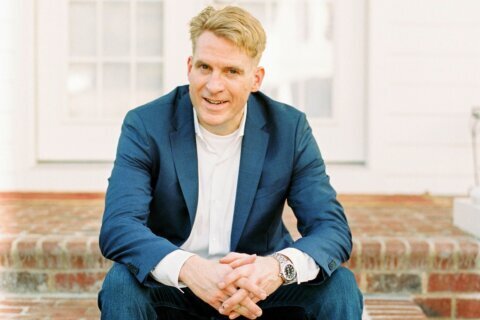