GAYLORD, Mich. (AP) — Nearly all of the power lost following a deadly tornado that killed two people and flattened parts of a northern Michigan community has been restored, state police said Sunday.

Police also said that everyone has been accounted for in Gaylord where Friday afternoon’s EF3 also left more than 40 people injured. Authorities had said Saturday that they were not able to account for one person.

Cleanup continued Sunday in the town of 4,200 people about 230 miles (370 kilometers) northwest of Detroit.

The tornado packed winds of 140 mph that tore roofs and walls from businesses and largely destroyed a mobile home park.

Such storms are uncommon in northern Michigan. State police Lt. Derrick Carroll has said the city doesn’t have tornado sirens, though anyone with a mobile phone got a “code red” warning from the weather service about 10 minutes before the tornado hit.

The Nottingham Forest mobile home park was one of the first places hit by the tornado. Two residents, described by police as being in their 70s, were killed.

Some trailers in the mobile home park were picked up and tossed about by the EF3 tornado. The National Weather Service rates tornados on a scale of 0-5.

Gaylord City Councilman Vic Ouellette told the Petoskey News-Review that flying debris cracked his wife’s vertebrae as the couple sheltered in their basement.

“I watched her literally get slammed with debris and particles from the flooring,” he said. “The wall slapped her on the back and knocked her down with stuff going on top of her.” 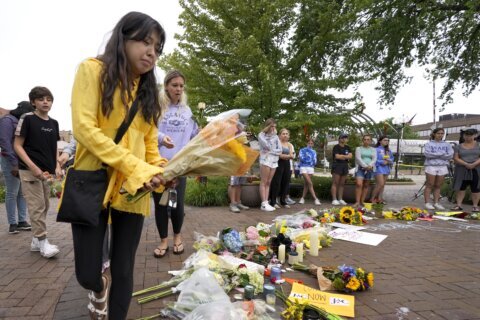 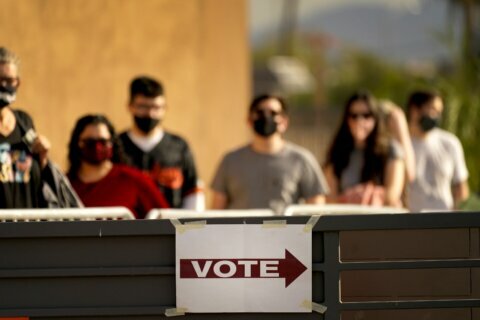