NEW YORK (AP) — New York City will pay $10.5 million dollars to settle a federal civil rights lawsuit filed by a man who spent 24 years in prison on a murder conviction that was overturned after a witness who had placed him at the crime scene recanted, city officials said Thursday.

The conviction of Shawn Williams, who was freed in 2018, was the 14th overturned conviction linked to retired Detective Louis Scarcella, a former Brooklyn homicide detective who has been accused of coercing witnesses and framing suspects during the high-crime era of the late 1980s and 1990s.

Williams, who is now 47, was convicted in 1994 in the fatal shooting of his neighbor Marvin Mason the year before.

Absent any forensic evidence tying Williams to the crime, prosecutors relied on the testimony of a woman who said she had seen him at the scene with a gun. The woman recanted her testimony in 2013, saying she had been coerced into naming Williams as the gunman by Scarcella.

The $10.5 million settlement with Williams to settle his lawsuit against Scarcella and two other officers was first reported in The New York Times.

“No amount of money can give me back the years they took from me,” Williams said in a statement to the Times. “But I am going to keep rebuilding my life and looking ahead to a brighter future.”

A spokesperson for New York City’s law department said the settlement was in the best interest of all parties.

The city has paid millions of dollars in settlements over other cases linked to Scarcella, who has denied any wrongdoing.

Richard Signorelli, an attorney for Scarcella, said the retired detective “categorically denies all the allegations of misconduct” in Williams’ case. Signorelli said the settlement agreement “does not constitute any admission of liability or wrongdoing on Det. Scarcella’s part.” 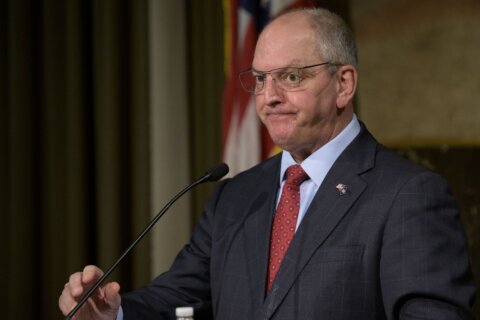