The Oscars are getting back to normal, eligibility-wise. After two years of pandemic-related adjustments, the Academy of Motion Picture Arts…
Listen now to WTOP News WTOP.com | Alexa | Google Home | WTOP App | 103.5 FM

The Oscars are getting back to normal, eligibility-wise. After two years of pandemic-related adjustments, the Academy of Motion Picture Arts and Sciences said Wednesday that Oscar hopefuls will once again have to launch their films in movie theaters.

Qualifying films are allowed to premiere “day and date” in movie theaters and on a streaming service, but their theatrical run must go for a minimum of seven consecutive days with at least one showing a day in one of six approved major metropolitan areas. The locations are still Los Angeles, New York, Chicago, Miami, Atlanta and the San Francisco Bay Area.

The rules and changes for the 95th Academy Awards in 2023 were approved by the organization’s board of governors at their most recent meeting, where they determined the eligibility window would return to the standard calendar year. The board also said that individual films may submit no more than three songs for the best original song award.

The organization also distributed updated guidelines for award campaigns to “maintain a high degree of fairness and transparency” in how film companies and individuals promote eligible films for awards. Those guideline focus on promotions, screenings, contacting members and hospitality.

It also limits the number of emails members can receive about a specific film per week and says that music branch members may not directly contact other members of the music branch to promote the nomination of any song or score. Nor should music branch members attend any screenings or events with live performances of eligible music.

The academy reiterated that members should make decisions “based solely on the artistic and technical merits of the eligible films and achievements.” Consequences for violating the guidelines include disqualification and possible suspension or expulsion from the academy.

The 95th Oscars will be held in Los Angeles on March 12. 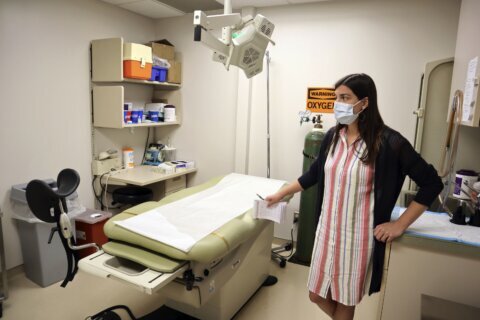