RIO DE JANEIRO (AP) — Deforestation detected in the Brazilian Amazon broke all records for the month of April, and that followed similar new records set in January and February, reflecting a worrisome uptick in destruction in a state deep within the rainforest.

Satellite alerts of deforestation for April corresponded to more than 1,000 square kilometers (nearly 400 square miles), the highest figure for that month in seven years of record-keeping and 74% more than the same month in 2021, which was the prior record.

It marked the first time that deforestation alerts have surpassed 1,000 square kilometers during a month in the rainy season, which runs from December to April.

“The April number is very scary. Due to the rain, it is traditionally a month with less deforestation,” Suely Araújo, senior public policy specialist at the Climate Observatory, a network of environmental groups, told The Associated Press.

The data come from the Brazilian space agency’s Deter monitoring system, and correspond to the first 29 days of April. Full-month figures will be available next week.

Deter data previously showed 430 square kilometers of deforestation this January, more than quadruple the level in the same month last year. In February, it reached 199 square kilometers, up 62% from 2021.

The Amazon is the world’s largest tropical rainforest and an enormous carbon sink. There is widespread concern that its destruction will not only release massive amounts of carbon into the atmosphere, further complicating hopes of arresting climate change, but also push it past a tipping point after which much of the forest will begin an irreversible process of degradation into tropical savannah.

Amazonas state led deforestation in April, overtaking the states of both Para and Mato Grosso for only the second time on record. That is particularly worrisome, as Amazonas is deep in the rainforest and has remained pristine relative to the so-called arc of deforestation along areas used for agriculture and cattle-raising .

“Amazonas is still a very preserved state. If deforestation explodes there, we will lose control of a region that is outside the traditional deforestation region,” Araújo, a former president of Brazil’s environment regulator, said by phone.

Amazonas’ destruction has been concentrated in the southern part of the state, where President Jair Bolsonaro has promised to pave a 400-kilometer (250-mile) dirt stretch of the BR-319 highway that connects the cities of Manaus and Porto Velho. Anticipation of the paving has generated real estate speculation alongside the highway; land grabbers engage in large-scale deforestation with the expectation that the areas will become legal for agriculture or cattle-raising in the future.

A study released last week by the BR-319 Observatory, a network of environmental non-profits, revealed a nearly 3,000 -kilometer (more than 1,800 mile) network of secondary roads in reach of the highway. The roads are used primarily to get to areas desired by land grabbers and loggers.

Historically, the opening and paving of highways has been the main driver of Amazon deforestation. Easier access drives up land value and makes economic activities, especially cattle-raising, viable.

“We need a regional development model that is compatible with environmental protection. The solution is not simply paving roads,” Araújo said. Governance needs to change entirely, he said, but the opposite is happening. “The Amazon is controlled by landowners, illegal loggers and miners. Crime is the reality.” 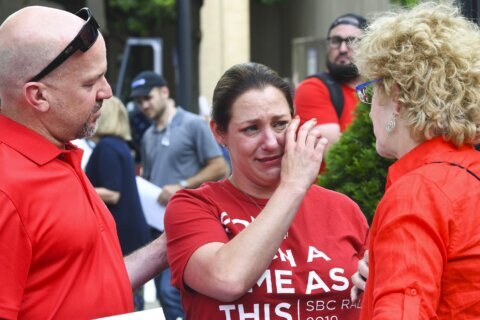