Boeing’s crew capsule rocketed into orbit Thursday on a repeat test flight without astronauts, after years of being grounded by flaws that could have doomed the spacecraft.
Listen now to WTOP News WTOP.com | Alexa | Google Home | WTOP App | 103.5 FM
(1/17) 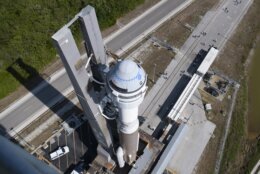 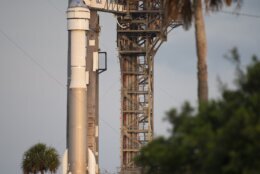 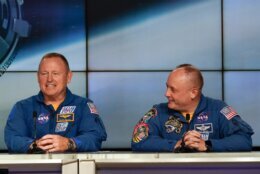 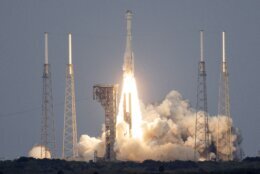 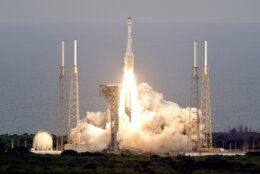 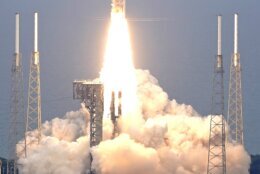 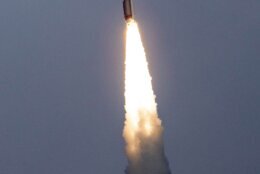 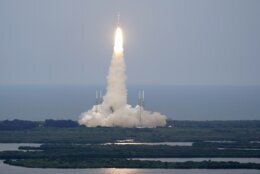 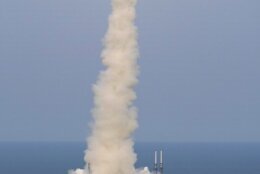 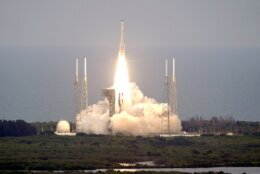 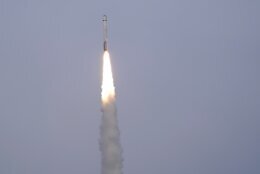 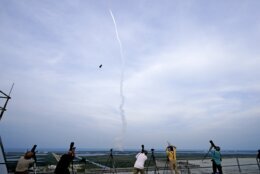 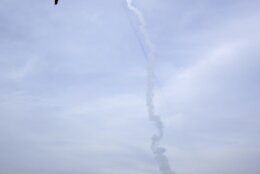 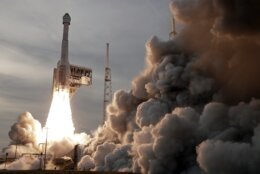 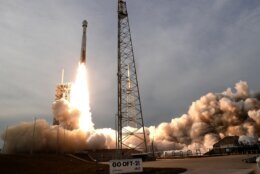 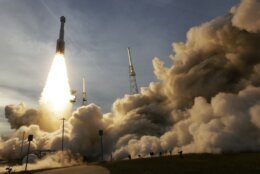 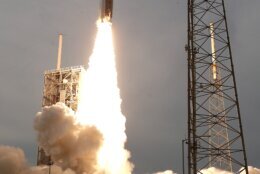 CAPE CANAVERAL, Fla. (AP) — Boeing’s crew capsule rocketed into orbit Thursday on a repeat test flight without astronauts, after years of being grounded by flaws that could have doomed the spacecraft.

Only a test dummy was aboard. If the capsule reaches the International Space Station on Friday and everything else goes well, two or three NASA test pilots could strap in by the end of this year or early next for the company’s first crew flight.

At least this time, Starliner made it to the proper orbit, quickly giving chase to the space station despite the failure of a pair of thrusters. But the all-important rendezvous and docking loomed.

“That’s another big day for us,” said Mark Nappi, vice president and manager of Boeing’s commercial crew program. “So there might be a couple of sleepless nights ahead of us still to get through the rest of the mission, but today feels really good.”

Starliner’s first test flight in 2019 was stricken by software errors so severe that the capsule ended up in the wrong orbit and had to skip the space station. The spacecraft came close to being destroyed as ground controllers hastily cut short the mission.

After dozens of safety fixes, Boeing returned a different capsule to the launch pad last summer. Corroded valves halted the countdown, resulting in another round of repairs.

“We’re not going to fly (crews) unless we feel like we’ve bought down the risk,” stressed NASA space operations chief Kathy Lueders.

Boeing is seeking redemption as it attempts to catch up with SpaceX, NASA’s other contracted taxi service. Elon Musk’s company has been flying astronauts to and from the space station for two years and delivering cargo for a full decade.

Eager to reduce its high-priced dependency on Russia for crew transport, NASA hired Boeing and SpaceX to launch astronauts to the space station after the shuttle program ended in 2011. That’s why it’s so important for Boeing’s Starliner to succeed, said NASA Administrator Bill Nelson.

“We always, in this case, want to have a backup,” Nelson told The Associated Press hours before liftoff.

Different in looks but similar in function to SpaceX’s Dragon capsule, Boeing’s fully automated capsule will attempt to dock at the space station on its own. Station astronauts will be ready to steer the capsule by remote control, if necessary.

The capsule still has 10 good thrusters for major moves, including dropping out of orbit at flight’s end, officials said. The two failed ones actually fired briefly before shutting down prematurely one after the other; a backup kicked in to get the spacecraft into the right orbit.

“We’re doing this one step at a time, and we right now need to get this spacecraft through its paces and learn some things,” Lueders told reporters following liftoff.

Starliner will spend about five days at the space station before aiming for a touchdown in the New Mexico desert next Wednesday.

NASA has yet to finalize which astronauts will be on the first Starliner crew. The program is so far behind that the original three have stepped aside. The leading candidates gathered at Cape Canaveral for the evening launch of Starliner atop United Launch Alliance’s Atlas V rocket.

“We’re thrilled for this because the next one is us,” said astronaut Butch Wilmore.

Besides Rosie the Rocketeer — a space-age version of World War II’s Rosie the Riveter — the capsule is carrying groceries and spacewalking gear for the seven station residents. U.S. spacewalks have been on hold since an astronaut’s helmet took on water in March. NASA is sending up extra absorbent pads for use in helmets, in case an emergency spacewalk is required as the investigation continues.

Boeing also is flying mementos from historically black colleges and universities and tree seeds similar to those Apollo astronauts took to the moon that became so-called moon trees here on Earth.

Police: Shooting in Newark wounds 9; all expected to survive