Wasden was slightly ahead in early returns Tuesday night but lost the advantage as more counties outside the highly populated Boise region began reporting votes. Labrador eventually won with about 52% of the vote, followed by Wasden with 38% and Macomber with about 10%.

“The people of Idaho sent a really clear message that they want new leadership in the attorney general’s office,” Labrador said after an Idaho GOP unity rally Wednesday afternoon on the Statehouse steps. “I’m exited about the opportunities that I have to work with the people that are there, to bring new people to the office, and to stand up for the sovereignty of the state of Idaho.”

Labrador in November will face Steve Scanlin, who was unopposed in the Democratic primary. But the Republican primary winner is expected to easily win the general election in the deeply conservative state that hasn’t had a Democratic attorney general since 1995.

Labrador, a favorite of the Tea Party during his eight years in the U.S. House, lost to Republican Gov. Brad Little in the 2018 Republican primary. The attorney general post could be a stepping stone for another gubernatorial run in 2026.

Labrador said he expected to be able to work with Little, but wouldn’t be a “yes man.” He said his preference would be to keep disagreements private.

“Hopefully we will continue to have the same relationship we’ve had in the past — that he listens to good counsel,” said Labrador, a former Idaho GOP chairman.

He had told lawmakers when he believed proposed laws would likely be struck down by courts, irritating members of his party. They created a Legislative Legal Defense Fund to hire their own attorneys that, critics say, tell lawmakers what they want to hear. The fund, controlled by House and Senates leaders, has spent millions.

“You can choose an attorney general that follows the law or one that thinks he’s a congressional activist or a policymaker,” Wasden said during a debate with Labrador and Macomber last month.

Labrador had been upfront in telling conservative lawmakers they’ll have a partner with him in the attorney general’s office.

“This job is not just a legal job, it’s a political job,” Labrador said in the same debate. “I would just be a lot more aggressive.”

Wasden has taken part in multiple lawsuits against the Biden administration but had been criticized for not joining a Texas lawsuit contesting President Joe Biden winning the 2020 election. The U.S. Supreme Court threw out that lawsuit after ruling Texas didn’t have standing.

Wasden said by not participating, he was defending Idaho’s sovereignty because such a lawsuit could allow other states to sue Idaho, interfering with Idaho’s ability to govern itself.

But not participating appeared to harm Wasden in the primary in Idaho, a state Trump won with 64% of the vote in the 2020 presidential election. 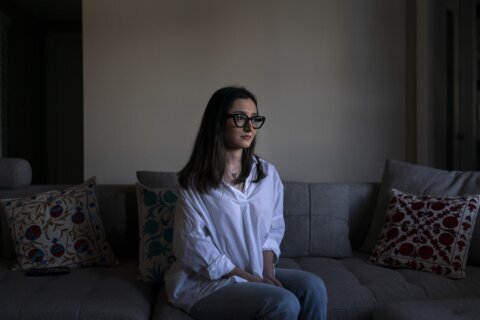