NASHVILLE, Tenn. (AP) — A Tennessee police officer who used his stun gun on a DoorDash driver wrote an arrest report saying the man had become argumentative while denying he was speeding, refused to hand over identifying information, demanded to see a supervisor and stayed in his car when ordered to get out.

The driver — who faces charges of speeding, resisting arrest and disorderly conduct based on the officer’s sworn affidavit — pressed record on his phone after he was pulled over. That recording, made public by the driver’s attorney, tells a different story.

It shows Delane Gordon holding his driver’s license as Collegedale Police Officer Evan Driskill stands with his taser in a firing position. “He said he pulled me over for a traffic violation and he’s gonna Tase me. You can’t do that officer because I called for your supervisor,” Gordon says.

The white officer repeatedly shouts “get out!” at Gordon, who is Black.

“I have my license. What is the reason?” Gordon asks.

“You refused to give your information. I told you to get out of the car. Now you’re resisting. Get out!” the officer says, pointing the stun gun closer to Gordon’s body.

“Sir, I feel uncomfortable, please get your supervisor,” Gordon pleads, at which point Driskill holsters the Taser and grabs him with both hands, trying to pull him down through the open door. “I don’t give a (expletive) what you feel like. I said get out,” the officer says.

“Why are you being like this,” Gordon asks while being grabbed. “Is this how y’all really are?”

The officer then steps back and fires his stun gun. “Oh my God, that’s not lawful sir. That’s not lawful,” Gordon says after crying out as he felt the jolt. The video released by his lawyer ends as Gordon reaches for the phone and his left leg swings toward the open door.

The exchange between Gordon and Driskill never escalated to the tragic level of higher-profile police encounters like the killing of George Floyd with an officer’s knee on his neck in Minneapolis in 2020. But it demonstrated once again that in an era of ubiquitous recording devices, the accounts of police officers sometimes present an incomplete or distorted version of their engagement with the public.

Citing ongoing investigations, authorities have declined, for now, to release police video that could fill in the blanks where Gordon’s camera wasn’t recording. The police department says it plans to release its video once the investigations are closed.

Rashawn Ray, a senior fellow at The Brookings Institution, said the officer’s behavior and sworn affidavit aren’t surprising, given how police are trained.

Video recordings, Ray said, are the “most powerful tool that people have used to show police use of force and racial bias in policing.”

In the affidavit, Driskill described what happened before Gordon’s video started recording, from his perspective as an officer. He wrote that he clocked Gordon driving 49 miles per hour in a 35 mph zone. Gordon demanded to see the radar; he told him he’d have to go to court for that. And when Gordon wouldn’t get out of the car, Driskill said he asked a police chaplain who happened to be in his cruiser to call for backup, because his portable radio wouldn’t work.

Gordon’s attorney, Ryan Wheeler, said Gordon “did respectfully question the officer on exactly why he was pulled over” down the block from where he was delivering food for DoorDash, and the “given reason” was speeding.

The affidavit also describes what happened after Gordon’s video ends. The officer wrote that Gordon again refused to leave his car, this time after being stun gunned, and that once the 28-year-old did get out, Driskill held him to the ground and handcuffed him behind his back.

Three days before Gordon’s attorney released the video, the Hamilton County district attorney’s office announced that it asked the county sheriff’s office to investigate a March 10 traffic stop by the Collegedale Police Department in which the driver was charged with speeding, disorderly conduct and resisting arrest. It provided no reason for the request and did not name anyone involved.

The police department said it would be “cooperating fully” with the sheriff’s probe while conducting its own investigation. It released the affidavit, as required by Tennessee law, in response to a public records request.

Driskill, whose personnel files shows he was sworn as a Collegedale officer in October, remains on regular duty, according to Lt. Jamie Heath.

Wheeler said Gordon has no prior criminal record, never posed a threat to the officer and was respectful throughout the exchange. He said their goal is to raise awareness and clear Gordon of the charges, and he said he’s confident this will happen. 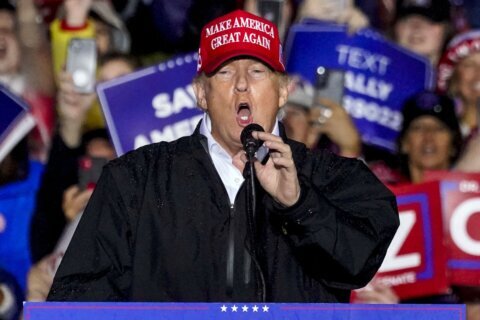 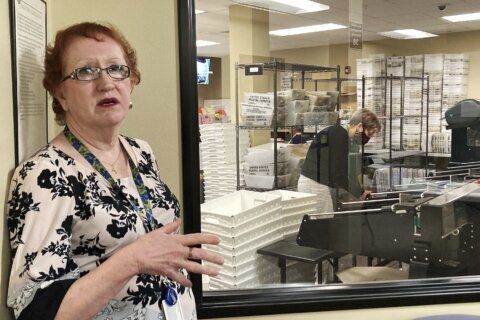