UNITED NATIONS (AP) — The U.N. special envoy for Yemen told the Security Council on Thursday that he believes there is “a light at the end of the tunnel” in the more than seven-year war in the Arab world’s poorest country.

But Hans Grundberg also warned that the two-month cease-fire underway in Yemen is fragile and that reports of military operations around the oil-rich central province of Marib should be addressed urgently.

Grundberg also said that during his first visit this week to Yemen’s capital of Sanaa — held by Iranian-backed Houthi rebels — he received “reaffirmed commitment to all aspects of implementing the truce” and held “constructive conversations” on next steps to strengthen and expand it.

The two-month truce is the first nationwide cease-fire in six years in Yemen’s civil war, which erupted in 2014. That year, the Houthis seized Sanaa and forced the internationally recognized government into exile. The Saudi-led coalition entered the war in early 2015 to try to restore the government to power.

The conflict has in recent years become a regional proxy war that has killed more than 150,000 people, including over 14,500 civilians. It has also created one of the worst humanitarian crises in the world.

He echoed a Security Council statement expressing the expectation that the presidential council “will form an important step towards stability and an inclusive Yemeni-led and owned political settlement under U.N. auspices.”

The truce is “broadly holding,” despite the reported military operations around Marib, he said in a video briefing. “There has been a significant reduction in violence and civilian casualties. There have been no confirmed airstrikes inside Yemen or cross-border attacks emanating from Yemen.”

A number of ships have already entered Yemen’s main port of Hodeida, some carrying badly needed fuel, he said, and the U.N. and its partners are working to quickly resume commercial flights in and out of Sanaa airport.

Another priority, Grundberg added, is reopening roads in southern Taiz and other areas, to allow civilians on both sides of the front lines to go to work and school.

The truce is a rare opportunity “to pivot toward a peaceful future” in Yemen, he said, and the coming weeks will test the commitments by the government and the Houthis to de-escalate and uphold their agreement.

“This is a time to build trust and confidence,” Grundberg said. “Yemen will need the international community’s support as much as ever to maintain the momentum, and move toward finding an inclusive, peaceful and sustainable end to the conflict.”

U.N. humanitarian chief Martin Griffiths, the former U.N. envoy for Yemen, described the cease-fire as “incredibly important” and said it was already having a positive impact on the humanitarian situation though “millions of people in Yemen still urgently need humanitarian assistance to stay alive.”

Despite reports of limited clashes in a few areas, mainly in Marib and Taiz, “hostilities have dropped sharply across the country,” he said. “Civilian casualties have fallen to their lowest level in months, a major improvement after weeks of escalating conflict earlier this year.”

Griffiths said a $3 billion economic support package from Saudi Arabia and the United Arab Emirates, announced at a recent meeting of the regional Gulf Cooperation Council, “is extraordinarily welcomed.” He said it includes fuel support, development assistance, “and crucially a new $2 billion deposit in Yemen’s central bank,” which will help stabilize the country.

Since the announcement of the truce, Griffiths said the value of Yemen’s currency, the rial, has recovered 25% of its value which means that food and other essential goods, nearly all of which must be imported, “should soon become more affordable for the people of Yemen.”

Griffiths said he’s often been accused of being too hopeful about Yemen, “but it’s true in this case.” This is “an extraordinary moment” to try to restore peace and “we must now seize” it, he said. 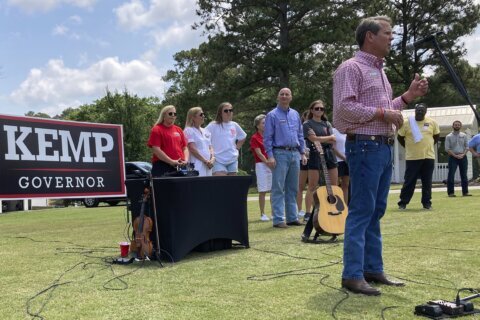