The South Dakota House on Tuesday impeached state Attorney General Jason Ravnsborg over a 2020 fatal crash in which he initially told authorities he thought he had struck a deer or another large animal.
Listen now to WTOP News WTOP.com | Alexa | Google Home | WTOP App | 103.5 FM

PIERRE, S.D. (AP) — The South Dakota House on Tuesday impeached state Attorney General Jason Ravnsborg over a 2020 car crash in which he killed a pedestrian but initially said he might have struck a deer or another large animal.

Ravnsborg, a Republican, is the first official to be impeached in South Dakota history. He will at least temporarily be removed from office pending the historic Senate trial, where it takes a two-thirds majority to convict on impeachment charges. The Senate must wait at least 20 days to hold its trial, but has not yet set a date.

Ravnsborg pleaded no contest last year to a pair of traffic misdemeanors in the crash, including making an illegal lane change. He has cast Joseph Boever’s death as a tragic accident.

In narrowly voting to impeach the state’s top prosecutor, the Republican-controlled House charged Ravnsborg with committing crimes that caused someone’s death, making “numerous misrepresentations” to law enforcement officers after the crash and using his office to navigate the criminal investigation. A Senate conviction would mean Ravnsborg would be barred from holding any state office in the future.

“When we’re dealing with the life of one of your citizens, I think that weighed heavily on everyone,” said Republican Rep. Will Mortenson, who introduced the articles of impeachment.

Ravnsborg said in a statement he is looking forward to the Senate trial, “where I believe I will be vindicated.”

Meanwhile, Tim Bormann, the attorney general’s chief of staff, said his staff would “professionally dedicate ourselves” to their work while Ranvsborg is forced to take a leave.

Ravnsborg, who took office in 2019, was returning home from a Republican dinner in September 2020 when he struck and killed Boever, who was walking along a rural highway. A sheriff who responded after Ravnsborg called 911 initially reported it as a collision with an animal. Ravnsborg has said he did not realize he hit a man until he returned the next day and found the body.

The Highway Patrol concluded that Ravnsborg’s car crossed completely onto the highway shoulder before hitting Boever, and criminal investigators said later that they didn’t believe some of Ravnsborg’s statements.

The House rejected the recommendation of a GOP-backed majority report from a special investigative committee, which argued that anything wrong he did was not part of his official duties “in office.” But even Republican lawmakers who argued his actions did not meet constitutional grounds for impeachment said Ravnsborg should resign.

“He should have stepped down, should have done the honorable thing,” said House Speaker Spencer Gosch, who oversaw the House investigation and voted against impeachment.

The articles of impeachment required approval from a majority of the 70 members of the House and passed by just one vote.

Of the 36 people who voted in favor, eight were Democrats and 28 were Republicans. The 31 against it were all Republicans. Republican Rep. Scott Odenbach recused himself because he had given legal advice to the attorney general after the crash. Two other Republican lawmakers were absent.

Ravnsborg, who had been largely silent about the crash and was not present for the vote, sent lawmakers a pair of defiant letters Monday night urging them not to impeach him.

“In a few hours, your vote will set a precedent for years to come,” Ravnsborg wrote. “No state has ever impeached an elected official for a traffic accident.”

He also accused Republican Gov. Kristi Noem of interfering in the investigation and of supporting impeachment because of the attorney general’s investigations into her behavior.

After Ravnsborg fell out with the governor following the crash, he pushed a pair of ethics complaints against Noem to the state’s Government Accountability Board. His office is also investigating whether an organization aligned with the governor broke campaign finance disclosure laws.

Noem lauded the vote on Twitter, writing that the House “did the right thing for the people of South Dakota and for Joe Boever’s family.”

The decision brought some relief for his family, who his wedding photo as they watched from the House gallery during the vote. They have decried the criminal prosecution as a “slap on the wrist” for Ravnsborg.

“Now we just need the Senate’s help on this because these laws need to be changed badly,” said Jennifer Boever, who was married to Boever. “People are getting hurt and killed, and the pedestrian has no self-defense against a 4,000 pound (1,814 kilogram) vehicle.” 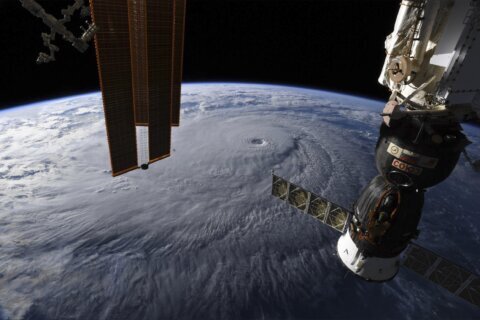