NORTH MIAMI BEACH, Fla. (AP) — Residents of a five-story apartment building near Miami have been evacuated after an engineer said its foundation was unsound, as officials heighten focus on the safety of aging buildings following last year’s deadly Surfside condominium collapse.

The evacuations Monday and Tuesday were at the Bayview 60 Homes tower, built in 1972 in North Miami Beach, and came during one of the structure’s recertification inspections required by the county every 10 years, following its initial 40-year recertification.

That process has drawn new scrutiny after the Champlain Towers South collapse last year killed 98 people as it was having its 40-year check. Miami-Dade County is moving toward requiring the first major recertification to take place after only 30 years, and municipalities have stepped up action to remove residents from faulty buildings when necessary.

“They said you have until 2 p.m. tomorrow to vacate, so I said, OK, you know — not really much you can do with that,” Harper told reporters outside the building Tuesday while residents carted boxes, lamps and mattresses into moving trucks.

Harper said many of the elderly people living in the building will have trouble relocating. “For me, I’m more of bachelor life so I can move out easily. Some people have lived here 10 years, plus,” he said.

The building had been undergoing repairs since July to try to meet recertification requirements. But an engineer then informed the building owner that the foundation was shifting and residents should be removed immediately, City Manager Arthur Sorey told The Associated Press on Tuesday.

The engineer copied the city in on the email late Friday but since it was after working hours, city officials did not see it until Monday morning, Sorey said. He said as soon as they did, they contacted the building owner and came up with a plan to evacuate everyone.

“We did speak with the owner and advised the owner that they should have closed the building,” Sorey said. “But once we got the information, we went out and did what we needed to do to protect the lives of North Miami Beach residents.”

He said residents were given until Tuesday afternoon to retrieve smaller items, and that they would be able to remove larger furniture starting Friday. Officials will limit the number of people in the building, however, he added.

Residents were given three-day hotel vouchers for now, and the Miami-Dade Homeless Trust and the American Red Cross would help with housing for those having difficulty finding accommodations, Mayor Anthony DeFillipo said.

In addition, the building’s owner is returning April rent and security deposits within 72 hours, Sorey said.

“One thing to note is the rents in this building that just closed are between $1,500 and $1,900 a month. And If you know anything about South Florida that is very cheap rent right now and affordable,″ Sorey said. “That’s going to be the issue right now with those individuals trying to find something along the same lines and the same price. It’s going to be very hard.”

The building is in a section of North Miami Beach known as Eastern Shores, which features apartment buildings on finger canals along the Intercoastal Waterway. The one and two bedroom apartments are about 750 square feet (70 square meters).

Shortly after the Surfside condominium collapse, North Miami Beach officials ordered the evacuation of the 10-story Crestview Towers Condominium. Residents of that building, which is about 5 miles (8 kilometers) from the collapsed Surfside site, have not been allowed back.

After the collapse, Miami-Dade County began surveying high-rise condominium buildings to make sure they met safety standards. Some other smaller buildings around the county have also been evacuated since June. 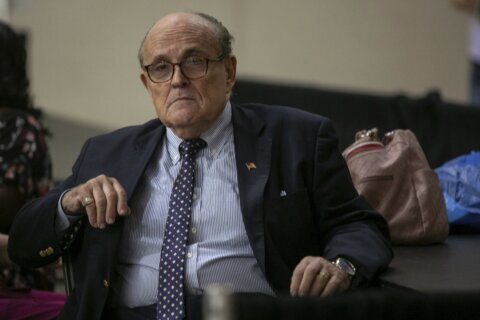