OKLAHOMA CITY (AP) — A Republican lawmaker who wanted to refer to himself as “The Patriot” on the ballot can’t…
Listen now to WTOP News WTOP.com | Alexa | Google Home | WTOP App | 103.5 FM

OKLAHOMA CITY (AP) — A Republican lawmaker who wanted to refer to himself as “The Patriot” on the ballot can’t use that nickname, the Oklahoma Election Board has ruled.

The board decided Monday that term-limited state Rep. Sean Roberts can still run for Oklahoma Labor Commissioner, but he can’t refer to himself by that nickname on the ballot.

Oklahoma election rules allow a candidate to use a nickname if it’s a name the candidate is generally known by or who does business using the nickname. Roberts’ opponent, Republican Labor Commissioner Leslie Osborn, said there’s no evidence Roberts is known as “The Patriot.”

She pointed out in her petition to the board that Roberts has appeared on the ballot in seven successive elections as Kevin Sean Roberts or Sean Roberts.

Also on Monday, the board rejected a petition by Democratic U.S. Senate candidate Jason Bollinger to have his Democratic opponent, Madison Horn, removed from the ballot. Bollinger alleged Horn’s candidacy declaration was incomplete. The two are seeking the Democratic nomination in the U.S. Senate race for the seat currently held by Republican U.S. Sen. James Lankford. 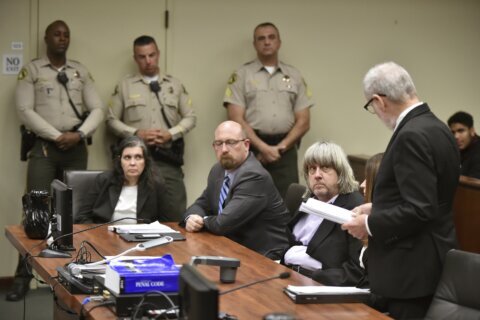