Officers won’t be charged over arrest death of Oakland man

OAKLAND, Calif. (AP) — No criminal charges will be filed against officers who pinned an Oakland man to the ground during an arrest a year ago that ended in his death, the Alameda County district attorney’s office announced Thursday.

Three officers acted reasonably in detaining and arresting Mario Gonzalez in the city of Alameda and “are not criminally liable,” according to a March 30 final in-custody death report from the DA’s office that was made public on Thursday.

On April 19, 2021, officers responded to a park to check reports that Gonzalez, 26, was acting strangely and appeared to be breaking security tags off alcohol bottles that he had in two drugstore baskets.

Gonzalez died after three officers and a civilian parking enforcement employee pinned him face-down on the ground for more than five minutes, according to body camera video released by police that showed one officer with a knee on his back. Gonzalez stopped breathing and later died.

His death came a day before a jury in Minneapolis found former police officer Derrick Chauvin guilty of murder in the custody death of George Floyd.

An autopsy found that Gonzalez didn’t have any lethal injuries but he did have a number of health problems, including morbid obesity and an enlarged heart, and had methamphetamine and other drugs in his system. The meth could have led to a fatal cardiac arrhythmia and the stress of struggling and being detained by police could have put strain on his heart, the county Coroner’s Bureau found.

The coroner classified the death as a homicide, meaning death at the hands of another. However, the cause was listed as the toxic effects of methamphetamine with “the stress of altercation and restraint,” alcoholism and morbid obesity as contributing factors.

The district attorney’s review said the officers acted reasonably out of concern that Gonzalez might pose a threat to them and to himself and others, tried to “deescalate” the situation, never struck Gonzalez or used any a chokehold or weapons but relied on “necessary” force.

“The officers are grateful the district attorney recognized that this tragic death was an unintended consequence of their legitimate and lawful actions,” their attorney, Alison Berry Wilkinson, told KTVU-TV.

Two federal civil rights lawsuits filed on behalf of Gonzalez’s mother and son allege that the officers improperly escalated the confrontation with Gonzalez, who appeared “disoriented and confused” but not threatening, ignored signs that he was dying and used improper restraint that asphyxiated him.

In its report, the district attorney’s office noted that it didn’t consider whether the officers may have violated Police Department policy or used improper but noncriminal tactics.

“Those issues are sometimes determined by a civil action” where the standard of proof is lower than for criminal cases, the report said. 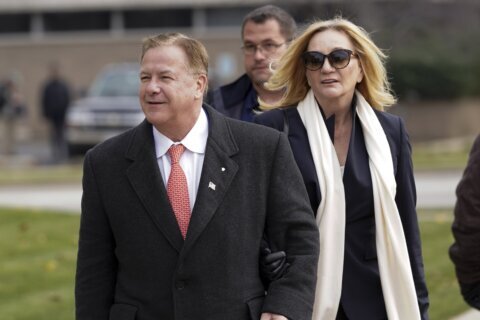