LINCOLN, Neb. (AP) — Nebraska Gov. Pete Ricketts signed a law Monday that will allow the state to move forward with plans to build a canal in Colorado to divert water out of the South Platte River because of fears about Colorado’s increased water use.

Ricketts proposed the canal project to help protect Nebraska’s water rights as the population of Colorado’s Front Range increases, although Colorado officials have questioned the need for it.

“Water is our most important natural resource after our people. We need to continue to manage, protect and steward it here in our state,” Ricketts said.

The law will allow Nebraska to begin work on the roughly $500 million canal, but the measure includes only $53.5 million to design the project and potentially secure purchase options on land that might be used for it in the future.

Officials estimate that it will take eight to 10 years to complete the project, and the Nebraska Department of Natural Resources will have to return to the Legislature next year to obtain additional funding.

Ricketts, a Republican, has said the South Platte River Compact agreement that was approved by Nebraska, Colorado and Congress in 1923 gives Nebraska the right to build the canal.

Constructing the project would give Nebraska the right to claim some of the water in late fall, winter and early spring and store it for use in drier times. Colorado has always fulfilled its obligation to provide at least 120 cubic feet (3.4 cubic meters) per second of water during the summer irrigation season, but it has no such duty during the non-irrigation season.

A spokesman for Democratic Colorado Gov. Jared Polis has called the project “a bad-faith attempt to undermine a century-long and successful compact between Colorado and Nebraska and a costly boondoggle for Nebraska taxpayers.” 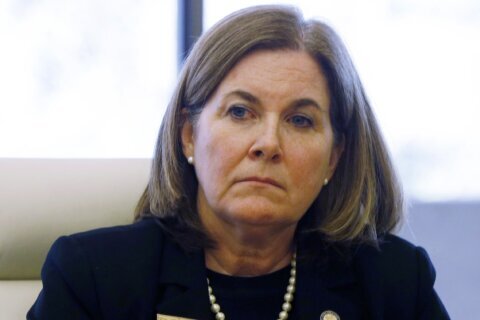