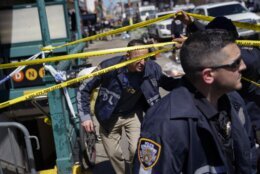 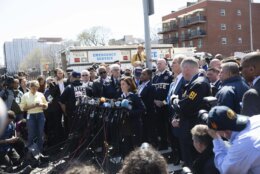 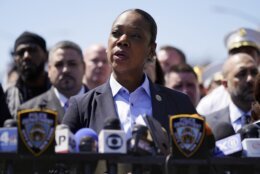 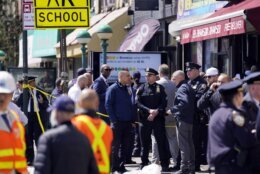 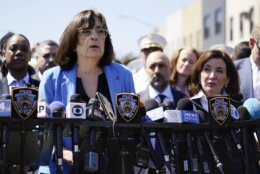 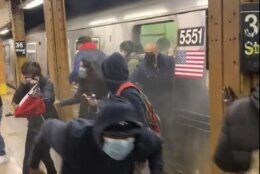 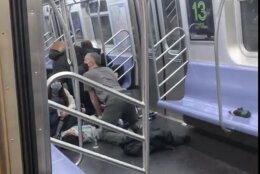 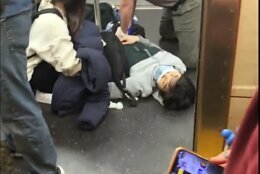 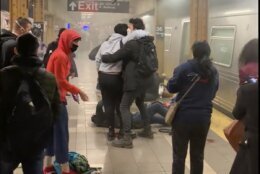 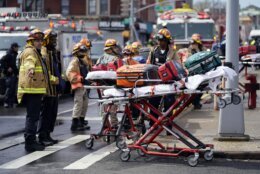 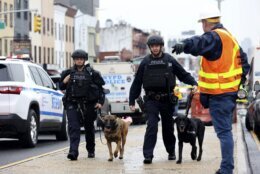 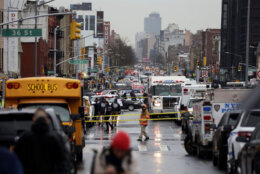 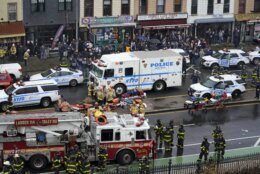 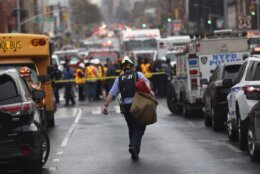 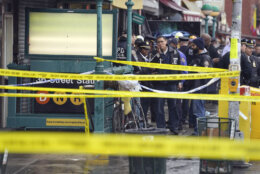 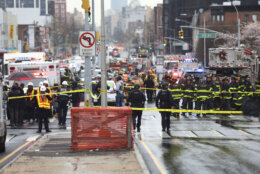 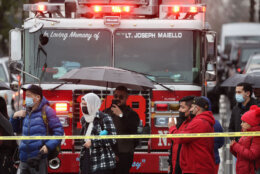 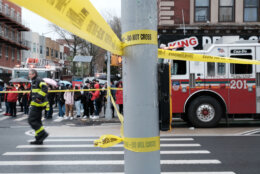 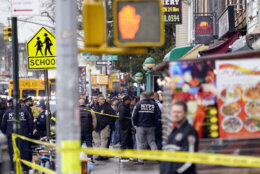 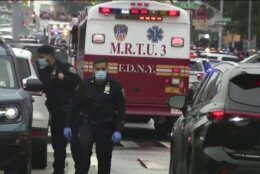 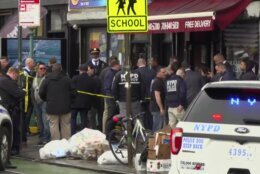 NEW YORK (AP) — A gunman wearing a gas mask set off smoke grenades and fired a barrage of bullets inside a rush-hour subway train in Brooklyn, wounding at least 10 people Tuesday, authorities said. Police were trying to track down the renter of a van possibly connected to the violence.

Chief of Detectives James Essig said investigators weren’t sure whether the man, identified as Frank R. James, 62, had any link to the subway attack.

The attack transformed the morning commute into a scene of horror: a smoke-filled underground train, an onslaught of at least 33 bullets, screaming riders running through a station and bloodied people lying on the platform as others administered aid.

Jordan Javier thought the first popping sound he heard was a textbook dropping. Then there was another pop, people started moving toward the front of the car, and he realized there was smoke, he said.

When the train pulled into the station, people ran out and were directed to another train across the platform. Passengers wept and prayed as they rode, Javier said.

“I’m just grateful to be alive,” he said.

Five gunshot victims were in critical condition but expected to survive. At least a dozen people who escaped gunshot wounds were treated for smoke inhalation and other injuries.

Sewell said the attack was not being investigated as terrorism, but that she was “not ruling out anything.” The shooter’s motive was unknown.

Sitting in the back of the train’s second car, the gunman tossed two smoke grenades on the floor, pulled out a Glock 9 mm semi-automatic handgun and started firing, Essig said. A rider’s video shows a person raising an arm and pointing at something as five bangs sound.

Passengers in the smoke-filled car pounded on the door to an adjacent car, seeking to escape, rider Juliana Fonda, who was in that adjoining car, told the news site Gothamist. Fonda is a broadcast engineer for Gothamist’s owner, public radio station WNYC.

Investigators believe the shooter’s gun jammed and kept him from firing more, said two law enforcement officials who weren’t authorized to discuss the investigation and spoke on condition of anonymity.

Essig said police found the weapon, along with extended magazines, a hatchet, detonated and undetonated smoke grenades, a black garbage can, a rolling cart, gasoline and the key to a U-Haul van.

That key led investigators to James, who has addresses in Philadelphia and Wisconsin, the detective chief said. The van was later found, unoccupied, near a subway station where investigators determined the gunman entered the train system, Essig said.

Rambling, profanity-filled YouTube videos apparently posted by James, who is Black, are replete with Black nationalist rhetoric, violent language and bigoted comments, some of them directed at other Black people. One, posted April 11, criticizes crime against Black people and says drastic action is needed to change things.

A Feb. 20 video says the mayor and governor’s plan to address homelessness and safety in New York City’s subway system “is doomed for failure” and refers to himself as a “victim” of the mayor’s mental health program. A Jan. 25 video criticizes Adams’ plan to end gun violence.

The attack unnerved a city on guard about a rise in gun crimes and the ever-present threat of terrorism. It left some New Yorkers jittery about riding the nation’s busiest subway system and prompted officials to increase policing at transportation hubs from Philadelphia to Connecticut.

“This individual is still on the loose. This person is dangerous,” Gov. Kathy Hochul, a Democrat, warned at a midday news conference.

In Menlo, Iowa, President Joe Biden praised “the first responders who jumped in action, including civilians, civilians who didn’t hesitate to help their fellow passengers and tried to shield them.”

After people streamed out of the train, quick-thinking transit workers ushered passengers to another train across the platform for safety, transit officials said.

High school student John Butsikaris was riding that other train and initially thought the problem was mundane until the next stop, when he heard screams for medical attention and his train was evacuated.

“I’m definitely shook,” the 15-year-old said. “Even though I didn’t see what happened, I’m still scared, because it was like a few feet away from me, what happened.”

New York City has faced a spate of shootings and high-profile bloodshed in recent months, including on the city’s subways. One of the most shocking was in January, when a woman was pushed to her death in front of a train by a stranger.

Adams, a Democrat a little over 100 days into his term, has made cracking down on crime — especially in the subways — an early focus of his administration, pledging to send more police officers into stations and platforms for regular patrols. It wasn’t immediately clear whether any officers were in the station when the shootings occurred.

The mayor, who is isolating following a positive COVID-19 test on Sunday, said in a video statement that the city “will not allow New Yorkers to be terrorized, even by a single individual.”