EVERETT, Wash. (AP) — A lawyer for a man accused of fatally shooting an Everett police officer in late March said he plans to plead guilty to first-degree aggravated murder and other charges.

His attorney, Natalie Tarantino, said Rotter made the decision after consultation with counsel and review of evidence.

Tarantino said Rotter also will plead guilty to unlawful possession of a firearm and possession of a controlled substance with intent to manufacture or deliver. He didn’t speak while in court Tuesday.

Around 2 p.m. on March 25, Rocha confronted Rotter in a Starbucks parking lot because Rotter appeared to be moving guns from a Mini Cooper into a Ford Fusion, according to court documents.

Rocha, 41, turned on his body camera, telling dispatch he was checking on “suspicious” circumstances. He asked for a backup officer, and a police sergeant said he’d be there shortly. In the meantime, Rocha approached Rotter, asked about the guns and checked Rotter’s ID.

A dispatcher told Rocha there was a domestic violence assault warrant for Rotter’s arrest and that he had a previous felony conviction, the charges say. Rocha reportedly told Rotter he was not free to leave and the two wrestled and fell to the pavement, according to the charges.

Rotter then shot the officer, who died at the scene. Rotter fled in the Mini Cooper and was arrested after crashing into two other vehicles, documents said.

In the two vehicles Rotter used that day, police said they found a rifle, ammunition and 1,950 pills “consistent with fentanyl,” along with what appeared to be heroin and methamphetamine.

Rotter, who has a lengthy criminal history, had told at least two people recently that he never wanted to go back to prison, according to the charging documents.

Rotter remains in jail on a no-bail hold.

Rocha joined the Everett Police Department in 2017, starting as a parking enforcement officer. He had been promoted to patrol officer in 2018. 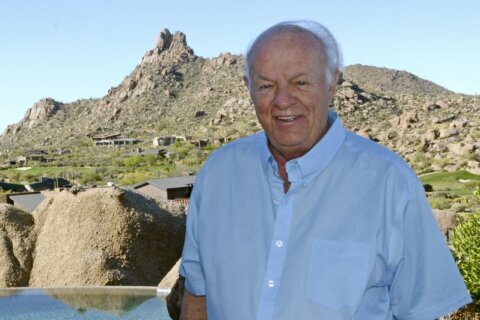 Woman gets 15 months in prison for punching flight attendant