GRAND RAPIDS, Mich. (AP) — Jurors deliberating at the trial of four men charged with plotting to kidnap Michigan Gov. Gretchen Whitmer must answer a key question about whether the FBI engaged in entrapment — the prohibited practice of cajoling or tricking subjects into committing crimes.

The FBI deployed undercover agents and informants in a sting that lasted months and ended in October 2020, when Adam Fox, Barry Croft Jr., Daniel Harris and Brandon Caserta were arrested. Prosecutors say the men were motivated by their hatred of government and fury over COVID-19 restrictions imposed by the Democratic governor. One witness said they hoped to prevent Joe Biden from winning the presidential election.

Here’s a look at entrapment and how it has been addressed at the trial in Grand Rapids, Michigan:

WHAT INSTRUCTIONS WERE GIVEN TO JURORS?

U.S. District Judge Robert Jonker explained to jurors that agents merely suggesting a kidnapping plot to the defendants wouldn’t constitute entrapment. Using deception and having agents pretend to be someone they’re not also isn’t entrapment.

To find they were entrapped, the judge said jurors must make specific findings: That the agents or informants sought to persuade or pressure the men into agreeing to such a plot; and that the defendants showed no predisposition to commit such a crime until after the FBI came into the picture.

“If the defendant was already willing to commit the crime prior to first being approached … it would not be entrapment,” Jonker told jurors.

In determining predisposition, he said, “ask yourself what the evidence shows about the defendant’s character and reputation.” He said jurors should ask who came up with the idea to kidnap the governor.

The burden of proof was on prosecutors to show they didn’t entrap the men.

WHAT’S THE ORIGIN OF ENTRAPMENT?

It’s a relatively new concept in U.S. law. According to a 2014 decision by Chicago’s 7th U.S. Circuit Court of Appeals, a judge in 1864 mocked the idea that anyone could be entrapped by law enforcement, quoting Eve in the Bible explaining why she ate from the tree of knowledge: “The serpent beguiled me and I did eat.”

“This plea has never since availed to shield crime or give indemnity to the culprit, and it is safe to say that under any code of civilized ethics … it never will,” the judge said.

However, the prohibition of entrapment emerged in the first half of the 20th century as an important check on overzealous criminal investigators.

Courts have since grappled with how to understand predisposition.

In a 1988 landmark case, Mathews v. United States, the U.S. Supreme Court described someone without predisposition as “an unwary innocent” versus “an unwary criminal who readily availed himself of the opportunity to perpetrate the crime.” The latter can’t claim entrapment.

WHAT’S THE PITFALL OF ARGUING ENTRAPMENT?

Lawyers are essentially admitting to jurors that their clients did the deeds alleged in an indictment. They must surrender claims usually at the core of a defense, including that clients weren’t at the scene of the crime.

To succeed with an entrapment claim, the defense must convince jurors that — given the right amount of deceit and pressure — they, too, might acquiesce to committing a major felony. That’s a hard sell.

Entrapment defenses remain rare. After an arrest, lawyers often declare their clients were entrapped, but the risks of pursuing such a strategy usually dissuade them from arguing it at trial.

HOW DID ENTRAPMENT BECOME CENTRAL TO THIS TRIAL?

Judges usually assess before trial whether there’s a minimum level of evidence to justify an entrapment defense.

Jonker initially said he would wait until evidence was entered at trial, but abruptly changed his mind during opening statements after defense lawyers violated his instructions, repeatedly suggesting the FBI entrapped their clients.

He said he realized waiting was untenable since the defense had structured their whole strategy around entrapment. He told them they could be upfront with jurors about it.

Before delivering the entrapment instruction, Jonker rejected a prosecution request to tell jurors they can’t consider entrapment because the defense offered little to no proof of it.

HOW DID PROSECUTORS ADDRESS ENTRAPMENT?

They endeavored to show that the defendants weren’t just predisposed to going along with a kidnapping plot but that they were talking about it before the FBI sting.

In May 2020, Croft was already talking about about “hanging your governor,” Assistant U.S. Attorney Nils Kessler said in his closing. And in 2019, months before he met any agents or informants, Fox posted a video saying, “We need to use brutal force against the government.”

“This is a guy who thinks he talks directly to God for permission to kill people,” Kessler told jurors. “Do you think he wasn’t predisposed to commit this crime?”

Prosecutors also entered evidence to show the defendants took steps to carry out the plans, including scouting Whitmer’s home.

“These were people who wanted to separate themselves from people who were all talk,” prosecutor Jonathan Roth said in his opening statement.

Government witnesses included co-defendants who pleaded guilty before trial and who testified no one pressured them.

WHAT DID DEFENSE THE DEFENSE SAY?

In opening statements and closing arguments, they portrayed their clients as big-talking, pot-smoking weekend warriors, susceptible to manipulation by FBI operatives who encouraged them to speak about far-fetched schemes.

“It’s the government moving all of it,” Fox’s lawyer, Christopher Gibbons, said of the plot.

Attorney Joshua Blanchard called Croft’s remarks about hanging governors and resorting to violence “crazy talk” from a “stoned pirate” — referring to his client’s marijuana use and three-cornered hat — rather than a plan to attack Whitmer.

“I am ashamed of the behavior of the leading law enforcement agency in the United States,” Blanchard said.

Only Harris’ lawyers mounted a full presentation to jurors, including by calling Harris to testify. The others relied on cross-examination of government witnesses and closing arguments to assert entrapment. 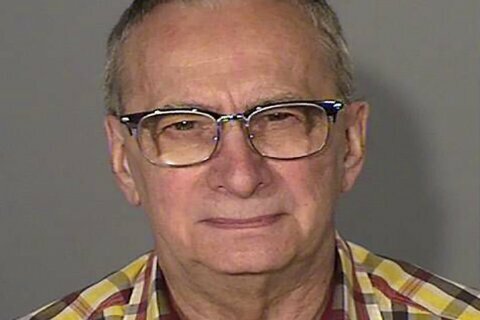