HARTFORD, Conn. (AP) — A Connecticut state trooper who fired seven gunshots into a car and killed a man in 2020 after a high-speed chase has been charged with manslaughter after a more than two-year investigation found the shooting not to be justified, officials said Wednesday.

Trooper Brian North turned himself in Tuesday evening to the state inspector general at the state police barracks in Bethany, state police said. North was released after posting $50,000 bail, was placed on paid administrative leave and his police powers were suspended.

North fatally shot 19-year-old Mubarak Soulemane in January 2020 as Soulemane sat in the driver’s seat of a car in West Haven, where the chase ended and police boxed in the car. North told officials he feared Soulemane was going to attack other officers with a knife.

Soulemane’s family, the NAACP and other groups said North, who is white, should not have shot Soulemane, who was Black, because police had him surrounded and he could not get away. Soulemane had a knife, but he was inside the car by himself and police should have attempted to deescalate the situation, they said.

“Thank God Trooper Brian North was arrested,” Soulemane’s mother, Omo Mohammed, said in a statement provided by her lawyers. “I now want to see him convicted and sent to jail.”

Soulemane was a community college student who had schizophrenia, his family said. Mohammed has a pending wrongful death lawsuit against North and other officers who were at the scene.

“The family of Mubarak Soulemane is very happy that, after 2+ years, Trooper Brian North, who murdered Mubarak in West Haven in January 2020, may be brought to justice,” Mark Arons, a lawyer for Soulemane’s family, said in a statement. “It’s a long road ahead. But this is a good day.”

North did not return an email seeking comment. A message was left at a phone listing for him. A message also was sent to his lawyer, Jeffrey Ment. North is scheduled to be arraigned May 3 in Milford Superior Court.

“At the time Trooper North fired his weapon, neither he nor any other person was in imminent danger of serious injury or death from a knife attack at the hands of Soulemane,” the report said. “Further, any belief that persons were in such danger was not reasonable.”

The report also includes a lengthy statement by North on the shooting. He said Soulemane was “holding the knife in an aggressive manner” and appeared to be preparing to attack other officers who were outside the car.

“Based on these circumstances, I believed that (the other officers) were at imminent risk of serious physical injury or death, and could have been stabbed in the neck or face as they attempted to enter the vehicle and remove the suspect. As a result, I discharged my duty firearm to eliminate the threat.”

The Connecticut State Police Union said in a statement it was disappointed the inspector general’s office, which investigates police use of deadly force, decided to prosecute North. The union defended North’s actions.

The union said North “was forced to make a split-second decision during these dangerous and rapidly evolving circumstances. Trooper North was risking his own life while trying to fulfill his oath of office to protect the lives of others.”

On the day of the shooting, Soulemane, whose mental health appeared to have deteriorated in the days before he was killed, tried unsuccessfully to steal a cellphone from a store in Norwalk and fled in a car he stole from a Lyft driver, Devlin’s report said.

Soulemane led police on a chase of nearly 30 miles (48 kilometers) from Norwalk to West Haven that reached speeds of 100 mph (161 kph) on Interstate 95, the report said.

Norwalk police at one point stopped pursuing Soulemane because of the dangers, but state troopers, including North, resumed the chase after Soulemane had reportedly struck several vehicles.

In West Haven, state police said Soulemane took an exit, rear-ended a civilian’s vehicle and was immediately boxed in by police. Police said the officers ordered him out of the car, but he refused.

State police body camera videos show a West Haven officer smashing out the passenger door window of the stolen car before another trooper shoots Soulemane with a stun gun, which didn’t work.

North then fired his handgun seven times through the driver’s door window when Soulemane displayed the knife, state police said.

North is the third Connecticut police officer to be arrested for a fatal shooting.

New Milford officer Scott Smith pleaded guilty to negligent homicide and was sentenced to two years probation for the 1998 fatal shooting of 19-year-old Franklyn Reid. Smith killed himself in 2013.

Hartford officer Robert Lawlor was charged with manslaughter but was later acquitted in the 2005 shooting death of an unarmed man, Jashon Bryant.

In a non-fatal shooting in 2019, Hamden officer Devin Eaton was arrested and pleaded no contest to felony assault in January. Eaton awaits sentencing and faces up to 18 months in prison under his plea agreement. 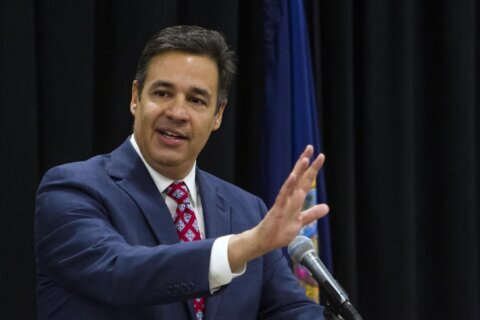 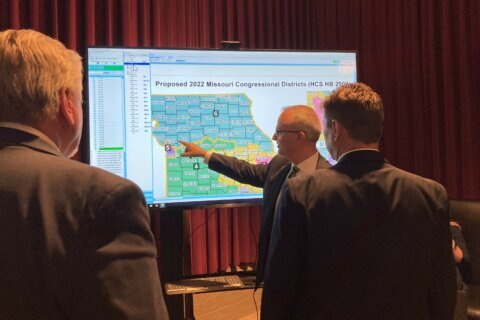