Young, who was the longest-serving Republican in the history of the U.S. House, died March 19. He was 88.

“Don was one who could not only count the years in his life, but he could count the life in his years. He lived a great life, it was full. He lived those 88 years to the fullest,” U.S., Lisa Murkowski, R-Alaska, said at the memorial in Anchorage Baptist Temple.

According to Alaska’s News Source, Murkowski noted that Young was only the 43rd American citizen to have been given the privilege to lie in state at the Capitol, calling it the highest tribute a member of Congress can have.

“I learned very early on you never ever underestimate Don Young, for Don never forgot where he came from,” Murkowski said. “Don Young was a man of the people, and he built relationships that endured because they were honest, they were true, and he was loyal.”

U.S. Sen. Dan Sullivan, R-Alaska, beamed with pride about how Young pushed an amendment through Congress during his first term that helped begin the Trans-Alaska Pipeline.

“Probably more than any member of the House, Don Young knew how to get things done,” Sullivan said. “In D.C. there are talkers and doers, show horses and work horses. From day one, Don was doer, a work horse, and man did that matter to all of us here in Alaska.”

Gov. Mike Dunleavy said that on the way into the memorial service, he replayed old voicemails that Young left him.

“Don Young was not just a congressman, he was a human being first and foremost,” Dunleavy said.

Dawn Vallely, Young’s daughter, was 7 years old when her father was first elected for Congress, the Anchorage Daily News reported.

“We shared him every single day with every Alaskan and with people across the world who looked to him for leadership,” she said.

Young was the longest-serving Republican in the history of the U.S. House, serving 49 years. He was known as the dean of the House for his seniority. He had an at-times brash, abrasive style but was seen as willing to work across the aisle on issues to help Alaska.

Saturday’s memorial in Alaska was the third public ceremony to honor Young. He lied in state at the U.S. Capitol on Tuesday, and a service was held in the Washington, D.C., area on Wednesday.

House Speaker Nancy Pelosi on Tuesday called Young an “endearing colleague” who had a gruff demeanor and often a colorful vocabulary. But she said he was a “serious legislator, a very serious legislator” and a “dogged, determined champion for Alaska in th House.”

A special primary and special election will decide who completes the current House term.

A total of 51 candidates — including former Republican vice-presidential candidate Sarah Palin — filed by Friday’s deadline to run in a special election to complete Young’s unexpired term, which ends in January.

The special primary is set for June 11. The top four vote-getters in the special primary will advance to an Aug. 16 special election, in which ranked choice voting will be used. This is in line with a new elections system approved by voters in 2020.

The state Division of Elections is targeting Sept. 2 to certify the special election.

The August special election will coincide with the regular primary.

The regular primary and November general election will determine who will represent Alaska in the U.S. House for a two-year term starting in January.

Young was born on June 9, 1933, in Meridian, California, and grew up on a family farm. He earned a bachelor’s degree in teaching at Chico State College, now known as California State University, Chico, in 1958. He also served in the U.S. Army, according to his official biography.

In Alaska, he settled in Fort Yukon, a small community accessible primarily by air at the confluence of the Yukon and Porcupine rivers in the state’s rugged, harsh interior. He held jobs in areas like construction, trapping and commercial fishing. He was a tug and barge operator who delivered supplies to villages along the Yukon River, and he taught fifth grade at a Bureau of Indian Affairs school, according to his biography. With his wife Lu, he had two daughters, Joni and Dawn. Lu Young died in 2009.

He was elected mayor of Fort Yukon in 1964 and later served in the Alaska Legislature. In 1972, he was the Republican challenger to Democratic U.S. Rep. Nick Begich. Before the election, Begich’s plane disappeared on a flight from Anchorage to Juneau. Alaskans reelected Begich anyway.

Begich was later declared dead, and Young in March 1973 won a close special election. He was Alaska’s lone U.S. House member from that time until his death and had been seeking reelection. 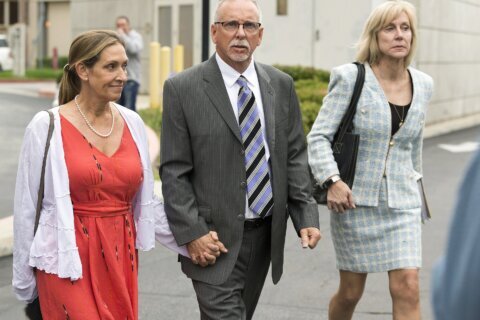