The United States men are returning to the World Cup after the trauma of missing the 2018 tournament, clinching a berth for this year’s championship in Qatar on Wednesday despite a 2-0 loss to Costa Rica on the final night of qualifying.
Listen now to WTOP News WTOP.com | Alexa | Google Home | WTOP App | 103.5 FM
(1/17) 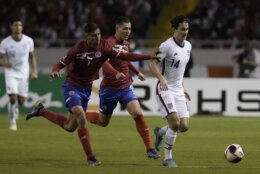 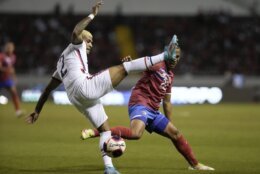 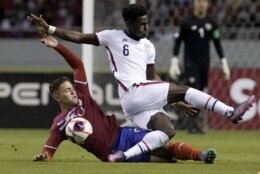 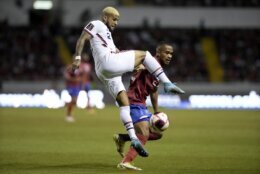 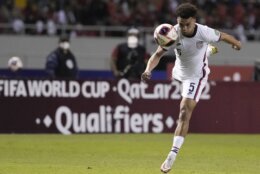 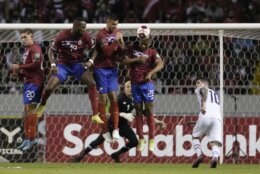 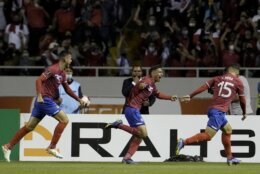 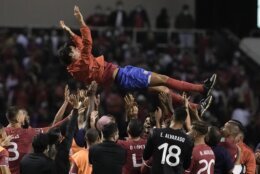 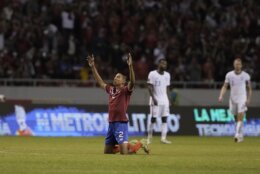 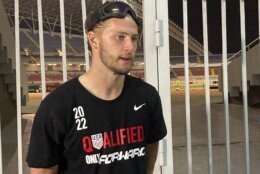 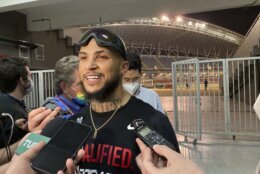 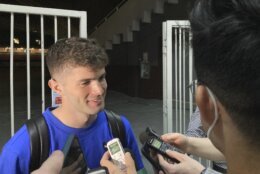 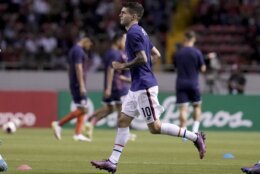 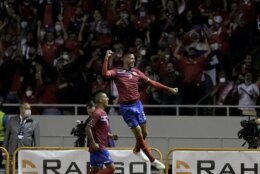 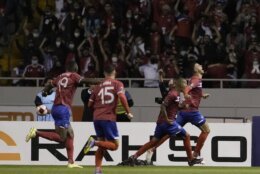 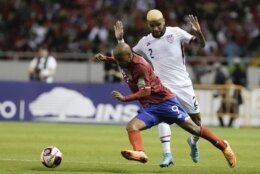 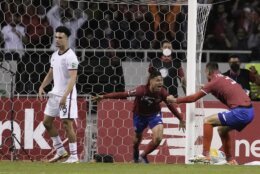 SAN JOSE, Costa Rica (AP) — Christian Pulisic walked across the field with a towel draped around his head, angry after another U.S. defeat.

“We’re competitors, man. We hate to lose. In the moment I was frustrated,” he said. “It took me a little bit for it to sink in, that the qualification hit.”

Nearly 4 1/2 years after Pulisic buried his head in his hands to hide tears of failure, the U.S. rebounded to qualify for this year’s World Cup. A 2-0 loss to Costa Rica on Wednesday left the Americans in third place after the final night of qualifying, the final guaranteed berth from North and Central America and the Caribbean.

For Pulisic, DeAndre Yedlin, Kellyn Acosta and Paul Arriola, smiles of relief broke out after an unrelenting burden was lifted.

“This is whatever I’ve always wanted to be, and right now emotions are a bit crazy,” Pulisic said, his voice quavering.

On the 1,267th day after a 2-1 loss at Trinidad and Tobago ended the Americans’ streak of seven straight World Cup appearances, Yedlin addressed the team before the kickoff.

The U.S. remained winless in 12 qualifiers at Costa Rica, with 10 defeats and two draws.

Juan Pablo Vargas got behind Walker Zimmerman and headed Brandon Aguilera’s corner kick past goalkeeper Zack Steffen in the 51st minute, and Anthony Contreras knocked in Jewison Bennette’s cross off a scramble in the 59th after Steffen palmed Aguilar’s free kick toward Contreras and blocked Contreras’ initial shot.

Coach Gregg Berhalter, who played for the U.S. at the 2002 World Cup, congratulated the players in the locker room. Starting lineups in the 14 qualifiers averaged an American-record low of 23 years, 302 days.

A sellout crowd of about 35,000 in National Stadium came to life with the goals, but the Americans’ 5-1 rout of Panama at home last weekend gave them a huge goal-difference margin over Costa Rica. That meant the U.S. merely had to avoid losing by six goals or more in order to claim an automatic berth.

Canada, which had clinched its first World Cup trip since 1986 with a win Sunday, finished first in the group with 28 points after a 1-0 loss at Panama, ahead of Mexico on goal difference. El Tri clinched its eighth straight World Cup berth with a 2-0 home win over El Salvador, while the U.S. (25 points) finished third with a plus-11 goal difference to plus-five for Costa Rica (also 25 points).

As Berhalter spoke to his team, 24-year-old defender Erik-Palmer Brown popped open the first bottle of Duet Mosseux Brut, starting a brief bubbly and beer celebration before some players caught a charter flight to London. Berhalter headed with staff for a red-eye flight to New York and a connection for Qatar ahead of Friday’s draw.

U.S. bench players walked onto the field at the final whistle and exchanged handshakes and hugs with their teammates, while home fans cheered the Ticos. Then American players put on ski goggles and let loose.

“The party is going. I think we have run out of beer,” said Zimmerman, a 28-year-old defender who didn’t play in the first three qualifiers, then started nine of the last 11. “Coming into the locker room, everyone just decided, you know what, we realized our goal, which was to qualify, and we did that, so everyone kind of forgot about tonight. We put ourselves in that position, where we could afford to do that.”

The U.S. finds out at Friday’s draw which three nations it will face in the group stage, which starts Nov. 21 at a tournament pushed back five months to avoid summer desert heat. A growing and increasingly hypercritical fan base is hoping to see Pulisic & Co. reach the quarterfinals for the first time since 2002.

“Now we have to test ourselves against the best players in the world, the best teams in the world,” said midfielder Tyler Adams, who came off at halftime with a bruise above his left knee from a tackle. “This was only the first stage in our development.”

Pulisic, the first American to play in and win a Champions League final, had been consumed with trying to lift the U.S. back to a World Cup. The 23-year-od led the team with five of its 21 goals despite making just seven starts due to COVID-19, a sprained ankle and shaky form when he first came back from the injury.

“Looking at the big picture, we’re obviously so proud to represent our country at a World Cup, so we’re thrilled for that. In a couple of days, I don’t think we’ll be thinking about this game,” he said. “I think we can do a lot of damage, man. I think we’re a confident bunch of guys, and, yeah, I think the country will get behind us.”

Youngest of 10 Buffalo shooting victims being laid to rest