Treasure hunters who claim the FBI made off with several tons of buried Civil War-era gold are now questioning whether evidence related to the 2018 excavation in Pennsylvania has been destroyed.

Finders Keepers, which sued the Justice Department over its failure to produce records on the FBI’s search for the legendary gold, said in a court filing Friday that the FBI initially said its records of the dig included 17 video files. Now, the government claims there are only four videos. Federal officials have not explained the discrepancy, the treasure hunters said.

“This raises the obvious question of whether videotapes were destroyed in the interim,” wrote attorney Anne Weismann, Finders Keepers’ lawyer. Weismann asked a judge to order the FBI to explain the discrepancy in the number of video files it says it has.

A spokesperson for the U.S. Attorney’s Office in Washington, D.C., which is defending the treasure hunters’ lawsuit, declined comment on the videos.

The FBI has long insisted its March 2018 dig at the remote woodland site came up empty, but Finders Keepers says the government has acted suspiciously throughout the four-year saga.

“Its behavior points to one conclusion: The FBI does not want to acknowledge publicly or to plaintiff that it located gold at the Dent’s Run site in March 2018,” Weissman wrote.

The records her clients are seeking, including the videos, “would confirm the truth or falsity of this claim,” she wrote.

The Justice Department says it can begin turning over records by the end of May, in monthly batches of 500 pages. In all, the FBI says there are about 2,400 pages of records and 1,000 photos in addition to the video material. Weismann asked the judge to require the government to accelerate its production of records.

Finders Keepers’ owners, the father-son duo of Dennis and Kem Parada, spent years looking for the fabled 1863 shipment of Union gold that was supposedly lost or stolen on its way to the U.S. Mint in Philadelphia. The pair eventually led the FBI to a remote site 135 miles (220 kilometers) northeast of Pittsburgh where they say their instruments detected a large hunk of metal.

The FBI’s own contractor, using more sophisticated instruments, said it detected a 9-ton metallic mass suggestive of gold, according to an FBI affidavit unsealed last year at the request of news organizations, including The Associated Press.

The Paradas accompanied the FBI to the site in Dent’s Run, but say they were confined to their car while the FBI excavated.

Federal officials have persistently slow-walked the duo’s demands for information about the dig.

The FBI initially claimed it had no files about the investigation at all. Then, after the Justice Department ordered a more thorough review, the FBI claimed its records were exempt from public disclosure. Finally, in the wake of the treasure hunters’ appeal, the FBI said it had located records it could potentially turn over — but that it would take years to do so. That prompted the treasure hunters’ Freedom of Information Act suit seeking to compel production. 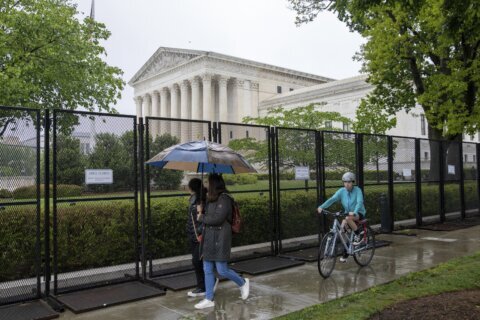