Nearly 20,000 people who were forced to flee a wildfire in northern Colorado were back home Monday after firefighters were…
Listen now to WTOP News WTOP.com | Alexa | Google Home | WTOP App | 103.5 FM

Nearly 20,000 people who were forced to flee a wildfire in northern Colorado were back home Monday after firefighters were able to stop the spread of the fire at 190 acres (77 hectares).

The fire that broke out Saturday in the rolling hills near Boulder burned to within 1,000 yards (914 meters) of homes on the west end of the college town, near the area where more than 1,000 homes were destroyed by a wildfire pushed by strong winds in late December. This time, winds did not prevent aircraft from being used and they were able to lay down lines of fire retardant near homes.

Containment lines surrounded 35% of the fire Monday. Those lines were expected to hold despite winds caused by a shift in the weather that is forecast to bring rain Tuesday, incident commander Brian Oliver said.

Firefighters were trying to extinguish embers in the burned area, working them into the soil which is moist from recent snowfall, he said. The grass which burned, however, was still dormant and dry. Pockets of smoke hung over some trees in the burn area, which would likely continue for some weeks and be monitored, Oliver said.

Previously a summer staple, wildfires are becoming a year-round occurrence in the West, as drier weather and extreme temperatures grow across much of the region.

Winter precipitation helped ease the severity of the dry fall that preceded December’s destructive fire in Colorado. However, a heat wave engulfed Western states in recent days. In Boulder County, the temperature hit 78 degrees Fahrenheit (26 Celsius), more than 20 degrees above average highs. Meanwhile, temperatures in southern Arizona and across Texas shot into the 90s.

In Texas, firefighters were battling several wildfires, the largest of which has burned 85 square miles (220 square kilometers) and was 90% contained.

Another fire, burning near the U.S. Army’s Fort Hood base in Texas, prompted evacuations of about 200 homes Sunday, but residents were allowed to return home later in the day. That fire has burned about 27 square miles (70 square kilometers).

Many areas of Texas were under red flag warnings Monday because of the dry, windy conditions. 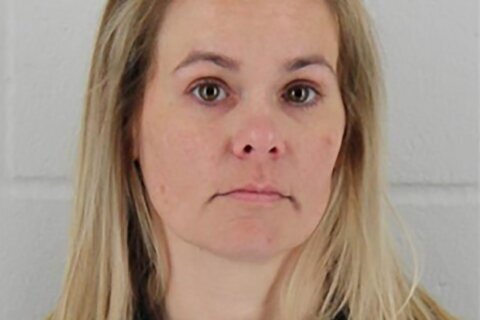