“The DNR continues to work on a comprehensive enforcement resolution, with the goal of addressing restoration, mitigation and additional penalties associated with the three breach locations,” the agency said in a statement Monday after completing its investigation into the aquifer breaches.

The DNR has not specified the penalties being considered.

The punctures led to nearly 300 million gallons of groundwater flowing to the surface, and the most serious breach occurred near the Fond du Lac Band of Lake Superior Chippewa Reservation in St. Louis County. That rupture has discharged more than 200 million gallons so far and the groundwater continues to flow, the Star Tribune reported.

The first breach occurred during the winter of 2021 at a major pipeline junction near Clearbrook, although regulators did not learn about it for several months. About 50 million gallons of groundwater flowed from that rupture, endangering a rare wetland area nearby. State regulators ordered Enbridge to pay $3.3 million and fix the damage.

The DNR learned about a second breach Aug. 5. The breach occurred a few days earlier near LaSalle Creek in Hubbard County and discharged an estimated 9.8 million gallons of groundwater. That flow also has been stopped, the DNR said.

Regulators learned about the third breach Sept. 15, about five days after it was identified. That rupture occurred very close to the Fond du Lac Band’s reservation boundary. It had been gushing about 330 gallons of groundwater per minute but the flow has been reduced to about 6 gallons per minute, according to the DNR.

Enbridge has repaired two of the three puncture sites and repairs at the site affecting the Fond du Lac Band are nearing completion, said Juli Kellner, a spokeswoman for Enbridge.

“Enbridge takes protecting the environment seriously. We regret this happened and are taking steps to improve our procedures to prevent this type of occurrence in the future,” Kellner said.

Line 3 starts in Alberta, Canada, and clips a corner of North Dakota before crossing Minnesota toward Enbridge’s terminal in Superior, Wisconsin. The project was pronounced complete in September. 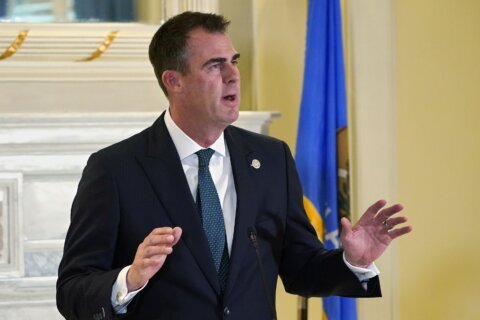