COLUMBIA, S.C. (AP) — The brother of a Black man shot to death by a deputy in South Carolina over the weekend says he begged the deputy not to shoot and warned of the man’s mental health issues beforehand.

Authorities have said deputies were responding to a domestic violence call when 34-year-old Irvin D. Moorer Charley advanced upon them with a wooden stake outside a Columbia home Saturday, and an attempt to use a stun gun failed to stop him from charging at an officer.

Moorer Charley’s brother, Ivan Charley, spoke to The Associated Press on Monday and said he was outside when the first deputy arrived. Ivan Charley says he told the deputy — identified by authorities as John Anderson — that his brother was having a mental health crisis, and asked him not to shoot.

Ivan Charley said his brother was not a threat to family members when the deputies arrived, adding he was only holding a stake. Moore Charley was advancing so slowly that deputies could have used other methods to subdue him, his brother argued.

“He was still alive, but y’all killed him because he had a stick in his hand,” Ivan Charley said. “It’s a stick. … It’s still wood, and it’s not made of bullets.”

A second deputy, later identified by authorities as Zachary Hentz, arrived and immediately approached with his gun up and pointed toward the house, Charley said.

The sheriff’s office released a short clip of body camera video where Anderson repeatedly yells at Moorer Charley to “Drop the weapon!” as Moorer Charley walks toward the deputy, who is slowly backpedaling. The sheriff’s department has declined to release the entire video to the public, but the sheriff said he would play it for the prosecutor, the department’s citizen advisory board and for the family. Attorneys for Moorer Charley’s relatives said they were scheduled to view the full body camera footage Monday.

Richland County Coroner Naida Rutherford said deputies tried to use a stun gun but it did not stick to Moorer Charley’s skin. Lott said that immediately after that, Moorer Charley charged Hentz, who shot him four times.

“It was a very close encounter,” Lott said, saying Hentz kept shooting until Moorer Charley dropped to the ground, and that the last shot was from less than 3 feet (1 meter) away. He said deputies tried to resuscitate Moorer Charley until an ambulance arrived.

An incident report filed by an officer who arrived after the shooting says that a person who called 911 said Moorer Charley was assaulting her mother and that he had a knife.

Ivan Charley also disputed that account, saying no knife was ever involved. He said his brother had become agitated and fought with family members inside their mother’s house but had already calmed down by the time the deputies arrived.

But when he saw the deputies, Moorer Charley picked up the wooden stake and slowly walked out of the house into the yard, Ivan Charley said.

Ivan Charley spoke Monday from the yard of his mother’s home, where it had all taken place.

Moorer Charley led a life complicated by mental illness that contributed to the frequent fights he had with his family, his younger brother said.

“We loved to fight each other but we loved each other. That’s all I know,” Ivan Charley said.

The police were often called, said Ivan Charley. But in prior instances, officers never exited the car with their guns drawn, instead talking to Moorer Charley “with common sense” and sometimes giving him rides elsewhere.

“They calmed him down,” Ivan Charley said.

Ivan Charley said the family had previously tried to get Moorer Charley mental health care through the state but had trouble getting him help.

A spokesperson for the prosecutor’s office, which will decide whether criminal charges are warranted, said Monday the matter was still under investigation. 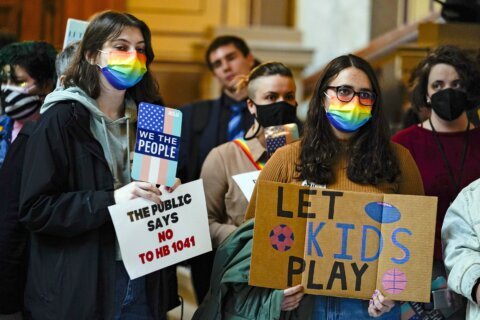 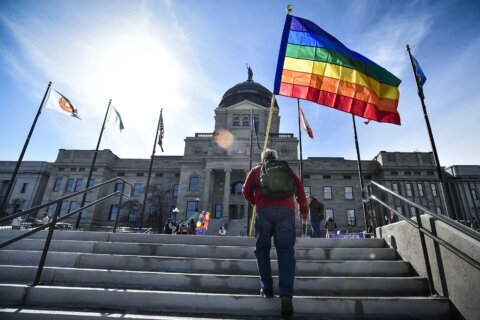