AUSTIN, Texas (AP) — The Biden administration on Thursday filed a third lawsuit over voting rights in Texas, keeping America’s biggest red state at the center of a fight over new and in many cases more restrictive election laws passed last year by Republicans.

The newest challenge by the Justice Department, which seeks to undo newly drawn county precincts in the tourist hub of Galveston, is the first under Biden to take aim at local voting changes in Texas. But the claims — that Black and Hispanic voters will be disenfranchised — are the same.

Galveston County, which includes the popular island, is divided into four precincts, only one of which had a majority of Black and Hispanic residents. New maps approved by the county’s governing board last year made white voters the majority in all precincts.

The county is heavily Republican; former President Donald Trump carried it with 60% of the vote in 2020.

“The impact of the adopted plan will be to dilute minority voting strength in Galveston County by eliminating the equal opportunity to elect candidates of choice that minority voters previously enjoyed,” the Justice Department argues in the suit.

Zach Davidson, a county spokesman, said the county does not comment on pending litigation.

The Justice Department has already sued Texas over its new redistricting maps in place for 2022, saying the changes discriminate against minority voters, particularly Latinos, who have fueled the state’s population boom. The Biden administration has also sued Texas over a sweeping new voting law that includes new restrictions on mail ballots, and outlawed drive-thru voting and 24-hour polling places.

An analysis by The Associated Press found that at least 23,000 mail ballots in Texas were rejected this month in the first test of the new voting rules. It amounted to a 13% rejection rate in the nation’s first primary of 2022. Typically, the rate of rejected mail ballots is in the low single digits.

Texas has had to defend its maps in court after every redistricting process since the Voting Rights Act took effect in 1965. Previously, Texas and other states with a history of racial discrimination had to seek preapproval before changing election laws, but that is no longer the case after the U.S. Supreme Court struck down that requirement in 2013. 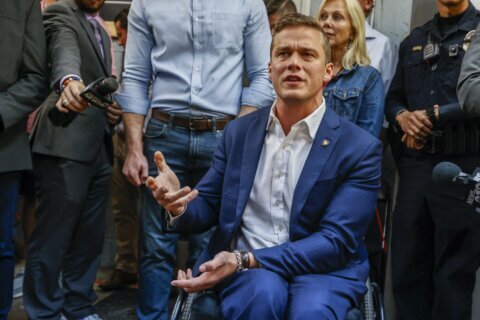