Aunt of St. Louis child who was shot by brother is charged

ST. LOUIS (AP) — A woman was charged Thursday with a misdemeanor after her 12-year-old nephew was shot and killed by his younger brother, St. Louis prosecutors said.

Aja Johnson, 36, was charged with second-degree endangering the welfare of a child after the boy was shot at a home on Tuesday in north St. Louis.

According to a probable cause statement, three children were unattended while playing in a bedroom where a loaded gun was lying on a bed.

The children had played with the gun during previous visits, according to the statement.

A 10-year-old, thinking it was unloaded, pointed the gun at his brother and fired, police said.

Johnson told police the gun was hers, that she had left it in the bedroom and that “she was to blame for (the victim’s) death,” according to the affidavit.

Johnson was being held without bail on Thursday at the City Justice Center. It was not immediately clear if she has a lawyer. 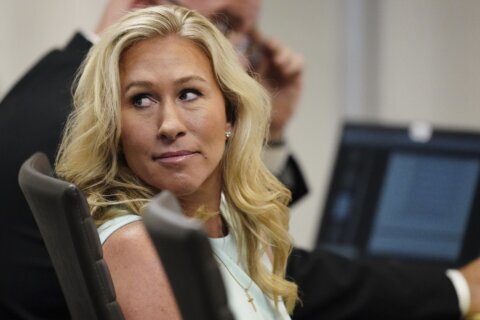