A year after unprecedented charges against a former Michigan governor, the Flint water prosecution of Rick Snyder and eight others is moving slowly, bogged down by disputes over millions of documents and even whether some cases were filed in the proper court.
Listen now to WTOP News WTOP.com | Alexa | Google Home | WTOP App | 103.5 FM

FLINT, Mich. (AP) — An attorney for Michigan’s former health director urged a judge Wednesday to dismiss involuntary manslaughter charges arising from the 2014-15 Flint water crisis, saying the criminal case would have a chilling effect on public employees at all levels of government.

This week marks a year since an unprecedented indictment against former Gov. Rick Snyder as well as charges against senior members of his administration. The cases, however, are moving slowly, bogged down by disputes over millions of documents and even whether a Flint court is the proper venue.

Snyder, a Republican, is charged with willful neglect of duty arising from decisions to switch Flint’s water supply to the Flint River without treating it to reduce the corrosive effect on aging urban pipes. Lead contaminated the system, a disastrous result in the majority Black community.

Snyder’s name was the biggest in indictments against nine people, although he’s facing misdemeanors while others are dealing with more serious charges.

Indeed, former health chief Nick Lyon is charged with involuntary manslaughter, related to nine deaths blamed on Legionnaires’ disease during the water switch. Some experts have pointed to bacteria in the river water for the outbreak.

A Genesee County judge heard arguments over whether the charges should stick.

Prosecutors insist Lyon can be held criminally responsible because he knew about a rise in Legionnaires’ cases in 2015 but didn’t disclose it publicly for another 12 months. Dr. Eden Wells, who was Michigan’s chief medical executive, faces the same charges.

But attorney John Bursch said Lyon was an administrator, not a scientist, and owed no legal duty to individual members of the public.

Bursch acknowledged that Lyon was told about the uptick. He said Lyon ordered state experts to investigate the cause and breadth of the illnesses and notify Flint-area health officials.

“Frankly, it makes me angry when they say he didn’t do anything” when told about Legionnaires’, Bursch said, referring to prosecutors.

He warned Judge Elizabeth Kelly that she could be held liable for injuries in her courtroom if security was lax, under the state’s theory of the case against Lyon.

“You should not be the first judge in this state’s 185-year judicial history to impose such incredibly broad criminal liability on government employees,” Bursch said.

But Assistant Attorney General Chris Kessel said Lyon could have taken a different path in 2015: Be candid with Michigan residents.

“People panic when the truth is hidden from them because then they don’t know what to believe,” Kessel told the judge. “When people are told the truth they can take that information in and they can act accordingly. How they act, that’s up to them.”

Snyder, who led the state for eight years until 2019, is the first current or former Michigan governor to be charged with crimes related to their time in office.

Snyder has acknowledged that the Flint water switch, pushed by city managers whom he appointed, and subsequent lead contamination were tragic, but he has denied any personal wrongdoing.

His legal team has attacked the case on several fronts, starting with location. Defense attorneys claim he can’t be charged in a Flint court with neglect of duty when Snyder worked miles away in Ingham County. That argument so far has failed, though an appeal is pending.

“At this rate, none of the nine defendants can reasonably expect a trial date until at least 2024,” said Jason Brown, spokesman for Snyder’s lawyers.

He said the case has been a “complete waste of taxpayer resources.”

Prosecutors have lost key court decisions involving documents that were seized from state offices during the investigation. Search warrants apparently swept up records that include confidential communications involving lawyers during the Snyder administration, including Flint water issues and even the Detroit bankruptcy.

Kelly recently ordered the attorney general’s office to set up an independent team to comb through records that could violate attorney-client privilege. It could cost millions of dollars.

A spokeswoman for the attorney general’s office accused defense lawyers of discouraging the “pursuit of justice through delay tactics.”

“Our priority is the people of Flint,” Lynsey Mukomel said. 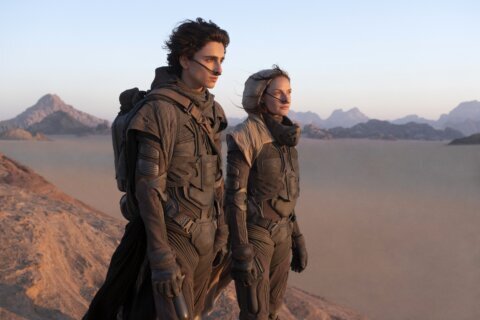