SALEM, Ore. (AP) — The Oregon Supreme Court agreed Wednesday to determine whether former New York Times journalist Nicholas Kristof is eligible to run for governor, less than a week after election officials declared him ineligible because he failed to meet the three-year residency requirement.

Both Kristof’s attorney and Oregon Secretary of State Shemia Fagan wanted the state’s highest court to take the case and to move quickly, with a March 17 deadline looming for finalizing the list of candidates for the primary ballot.

In an email sent by his spokeswoman, Kristof expressed delight at the court’s decision.

“It’s wonderful news that the Oregon Supreme Court will take up my residency case on an expedited basis,” he said. “I have great confidence in the Oregon judiciary.”

On Jan. 6, Fagan announced that Kristof was ineligible to run in this year’s election because he didn’t meet the three-year residency requirement, shown most of all by his having voted in New York in 2020.

“If a person casts a ballot in another state, they are no longer a resident of Oregon. It’s very, very simple,” Fagan said. She told reporters that Kristof’s claim to have been an Oregon resident the past several years “just doesn’t pass the smell test.”

The court’s order, signed by Chief Justice Martha Walters, “commanded” Fagan to accept Kristof’s candidacy, deem him eligible to hold office as governor and have county clerk’s include him as a candidate for Democratic gubernatorial nominee in the May primary, or show cause for not doing so.

Kristof grew up in Yamhill, Oregon, has maintained property and spent summers there.

“Oregon has always been my home, and it is important that Oregonians have the chance to decide who they want to serve as our state’s next governor,” Kristof said Wednesday.

As a foreign correspondent for The New York Times he, along with his then-reporter wife Sheryl WuDunn, won the Pulitzer Prize in 1990 for their reporting in China on the Tiananmen Square democracy movement and its subsequent suppression. Kristof won journalism’s top prize again in 2006 for commentary on mass killings in Darfur, Sudan.

He lived overseas and in New York, but said he never relinquished his claim to be an Oregon resident, even when he voted in New York in 2020. He calls himself a political outsider and within a couple of weeks after declaring he’ll run for the state’s highest office, raised over $1 million.

Kristof’s campaign obtained an opinion by retired Oregon Supreme Court Justice William Riggs that Kristof has been a resident of Oregon since at least November 2019 “and likely much longer.”

Riggs said that Kristof’s voting in New York would undermine his Oregon residency only if it established that he didn’t intend Oregon to be his permanent home.

Kristof has blasted Fagan’s Jan. 6 announcement that he was ineligible, tweeting a short time later that “a failing political establishment in Oregon has chosen to protect itself.”

Oregon State Treasurer Tobias Read, who is a Democratic candidate for governor, criticized Kristof for his reaction.

“To accuse career public servants in the Secretary of State’s office of some kind of conspiracy to keep him off the ballot is beneath him and the dignity of the office he seeks,” Read wrote. “I’d expect that kind of talk from Donald Trump, not someone who wants to be the next governor of Oregon.” 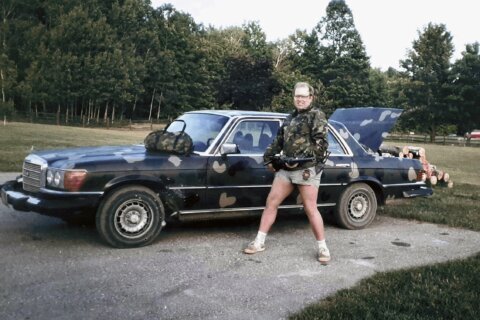 Sundance doc looks at man behind the modern bulletproof vest

Defense attorney in civil rights trial for 3 officers in George Floyd killing: Derek Chauvin called ‘all of the shots’