COLUMBIA, S.C. (AP) — Lawyers for prominent South Carolina attorney Alex Murdaugh said Monday that he’s so broke he can’t pay a phone bill — much less $7 million in bail — while a court-appointed overseer said Murdaugh needs to use whatever money he has to pay his alleged victims, not free himself from jail.

In a virtual court hearing before a judge, attorneys combed over Murdaugh’s assets, cited the contents of his jailhouse calls and hotly debated whether his attempt to have himself killed in the fall makes him a current risk to himself or the community.

Circuit Judge Alison Renee Lee’s decision to set bond at $7 million is equivalent to allowing no bond at all because Murdaugh can’t afford it, his attorneys told her. They asked her to lower the bond so that Murdaugh’s family can post bail for him.

“He needs the ability to have full representation,” said attorney Dick Harpootlian. “I can tell you right now, it’s almost impossible to do while somebody’s sitting in jail, with the COVID restrictions on visiting people, on getting access and making phone calls.”

Lee’s bond order exceeded amounts recommended by prosecutors, who had suggested a bond of $6.2 million — equivalent to the amount they say he stole — or a lesser figure of $4.7 million, which would amount to about $100,000 for each count.

Lee did not rule on the request but said she would issue a written order later.

Murdaugh, the 53-year-old heir to a legal empire in Hampton County, South Carolina, has been jailed since his arrest in October on a growing number of charges for mostly financial crimes. Prosecutors have accused him of using a fraudulent bank account to steal more than $6.2 million in legal settlement and other money from about a dozen clients between 2015 and 2020.

Lee said in December that Murdaugh must pay the entire $7 million if he wants to leave jail, go on house arrest with electronic monitoring, get counseling and be randomly drug tested.

Murdaugh’s opiate addiction, his assisted-suicide attempt and his jail calls to relatives in which prosecutors say he spoke of keeping his retirement account away from creditors are all reasons Lee should maintain that bond decision, State Assistant Attorney General Creighton Waters argued during the hearing.

The prosecutor said people interviewed by investigators say they have faced backlash for cooperating with authorities. He said one victim reported being called a snitch. Waters said this is an indication of the power Murdaugh wielded and the influence the Murdaugh family still has in the community.

A judge overseeing a lawsuit filed against Murdaugh froze his assets in November, and two court-appointed receivers are now in charge of every cent.

Among Murdaugh’s “substantial” assets are three bank accounts totaling $10,000; a retirement account with more than $2 million; and partial ownership of an Edisto Island beach house, the family’s sprawling Colleton County estate, four parcels of land in Berkeley County and some small islands in and around Beaufort County, court-appointed receiver John Lay told the judge.

Lay said these assets should be used to pay victims, not for Murdaugh’s bail. Some other money from Murdaugh’s deceased father that now sits in a trust is likely to be exempt from the receivers’ control, Lay added.

Murdaugh used the money he stole to pay bank overdraft fees, credit cards and checks to friends and family, among other items, according to the indictments against him. His victims range from family friends and a state trooper to an immigrant living in the country illegally and a person injured in a car crash, prosecutors have said.

Investigators have found that Murdaugh cashed out more than $3.7 million since 2015, and much of that money remains unaccounted for, Waters said.

Thomas Moore, a lieutenant with the state Highway Patrol, said the seemingly cordial Murdaugh stole $100,000 in insurance money from him after the trooper was hit by a car on the job and injured his neck, leading to a debilitating injury and monthly medical bills.

“But here’s the problem: He treated me that nice, and he stole every dime I had from the injury I incurred,” Moore told the judge.

Murdaugh’s father, grandfather and great-grandfather were prosecutors in tiny Hampton County, where every road leading to the county seat is two lanes. The family’s law firm, located in the most impressive building in town after the courthouse, has spent a century winning multimillion-dollar verdicts, though the firm stripped the Murdaugh moniker from its name last week.

Alex Murdaugh’s legal troubles began after his wife, Maggie, and son Paul were found shot dead outside a family home last summer. Their killings remain unsolved, and Murdaugh’s attorneys say he has denied having anything to do with their deaths.

He faces a separate set of charges in what prosecutors have described as a scheme to have himself killed to secure a $10 million insurance payout to his surviving son Buster.

All the charges against Murdaugh are felonies and he could face more than 500 years in prison if convicted of all of them.

The criminal investigations and lawsuits Murdaugh faces have also prompted increased scrutiny into the actions of his affiliates.

San Jose could be 1st to require gun liability insurance 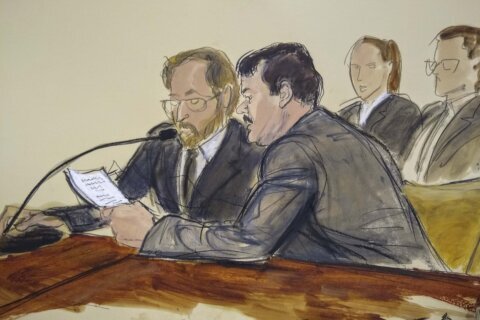