SACRAMENTO, Calif. (AP) — Prosecutors should not charge women with murder when a fetus dies, even if their behavior may…
Listen now to WTOP News WTOP.com | Alexa | Google Home | WTOP App | 103.5 FM

SACRAMENTO, Calif. (AP) — Prosecutors should not charge women with murder when a fetus dies, even if their behavior may have contributed to the death, California’s top law enforcement official said Thursday.

Most recently, Kings County prosecutors charged in 2019 that a woman’s methamphetamine use led to the stillbirth and thus constituted murder. A judge dismissed the charges in May.

The loss of the woman’s baby “was blamed, without scientific basis, on her consumption of a controlled substance,” said Samantha Lee, a staff attorney with National Advocates for Pregnant Women that represented her.

A second woman is fighting her conviction after she was charged in 2017 on similar grounds. She pleaded guilty to manslaughter and was sentenced to 11 years in prison.

Bonta said that under his legal interpretation of California’s murder statute, a pregnant woman cannot be prosecuted for the murder of an unborn fetus based on the outcome of her pregnancy. He said lesser included charges such as manslaughter also do not apply in such cases.

“It’s an experience that should be met with an outreached hand, not handcuffs and murder charges,” Bonta said.

Kings County Executive Assistant District Attorney Philip Esbenshade said the cases “are not about abortion nor women’s reproductive rights in any way.”

Bonta’s alert “fails to include important and relevant specific facts” that show the woman who was charged in 2017 repeatedly used methamphetamine that “directly resulted in the death of a viable fetus,” he said, noting that her plea deal was upheld on appeal.

Bonta limited his legal interpretation to California’s murder statute and wouldn’t say if other charges like reckless endangerment or child endangerment might be merited in some circumstances. He said his interpretation also did not cover post-partum situations, like a Mendocino County woman convicted last year in the death of her newborn due to methamphetamine in her breast milk.

“But generally, California law does not criminalize pregnancy loss,” he said.

Bonta said he issued the alert at the request of the California Future of Abortion Council, made up of more than 40 abortion providers and advocacy groups.

Both the text of Penal Code section 187 and the intent of the Legislature show that California laws do not criminalize a woman’s own actions that might result in a miscarriage or stillbirth, he said.

The Legislature amended that section of the law in 1970 to include the death of a fetus, but with the intent to criminalize violence done to pregnant women that caused fetal death, Bonta said. The intent, he said, was never to include a woman’s own actions that might result in a miscarriage or stillbirth.

California defines murder as “the unlawful killing of a human being, or a fetus, with malice aforethought.” But it excludes any act that “was solicited, aided, abetted, or consented to by the mother of the fetus.”

Bonta said criminalizing the actions or inactions of pregnant women could lead to dangerous broader consequences. Pregnant, addicted women might avoid health care services for fear their substance abuse could lead to criminal prosecution, he said. He also argued it would invite unwarranted law enforcement review of miscarriages and stillbirths.

Both are relatively common, he noted, citing statistics that one in 10 pregnancies are lost during the first trimester, while stillbirths occur in one in 160 deliveries.

Bonta was supported during an online news conference by Jodi Hicks, president and CEO of Planned Parenthood Affiliates of California, who decried prosecutions by “rogue district attorneys.”

Farah Diaz-Tello, senior counsel and legal director for If/When/How: Lawyering for Reproductive Justice, said such prosecutions would disproportionately affect those on society’s margins because of their race, poverty or immigration status. 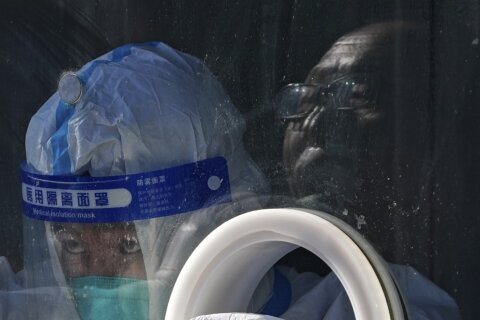