Tom Jory, an editor who played a vital role in one of The Associated Press’ most crucial functions — counting the vote for U.S. elections — has died. He was 77.

In the course of a 40-year career, Jory served the AP in a wide array of positions. To each, he brought an easygoing nature that masked an extraordinary intelligence and a boundless capacity for work.

Mike Silverman, a former AP managing editor, recalled Jory’s “spiky sense of humor, his fierce loyalty to his friends, family and the AP, his utter lack of pretension and intolerance for anyone who displayed it, and the dignity with which he took on whatever challenges life threw at him.”

Jory first became involved in AP elections work in 1981. He helped build a databank that collected news and information about political candidates, issues and campaigns. In 1985, he helped design and implement AP’s first nationwide tabulations computers.

Jory worked with the News Election Service, a media consortium responsible for tallying election results, and its successor, the Voter News Service.

But VNS failed spectacularly in 2000, leading the television networks, but not the AP, to declare Florida for George W. Bush prematurely, and was plagued by technical problems in 2002. So in 2004, AP went it alone. It was the only organization collecting, tabulating and reporting the results. Jory supervised a team of more than 50 AP staffers who built a system that could follow 6,860 races, updating them more than 171,00 times. And it worked.

Walter Mears, former AP executive editor and Washington bureau chief, said Jory “made the election system work. … On any list of underrated AP stalwarts he ranked near the top. His low-key style made him easy to ignore because he quietly got things done.”

Jory was a native Californian — he grew up in Martinez, and his family had lived in the state for generations. He attended California Polytechnic State University at San Luis Obispo and the University of California at Berkeley, and worked at the Contra Costa Times in Walnut Creek and KPIX radio in Oakland before joining the AP in 1968.

He worked for the AP in Montgomery, Alabama, and Atlanta before being promoted to Baton Rouge, Louisiana, correspondent and Columbus, Ohio, news editor.

In 1974, he transferred to New York and the national desk, then known as the General Desk. Over time, he took on administrative and other responsibilities, including a weekend package of arts and entertainment stories for which he wrote a television column.

Throughout, he was a driving force behind weekly AP softball games in Brooklyn’s Prospect Park, generally followed by brunch near his home in Brooklyn Heights.

Jory is survived by his wife of nearly 55 years, Carol; his daughter Samantha and her husband David; and his grandchildren, Matthew and Annika.

He continued his work for the AP after his 2009 retirement, helping to process collections for the organization’s archives. But he found time to attend all of his grandchildren’s sports and dance events, and to help a friend start and run a business: a jukebox restoration and rental service in Brooklyn. 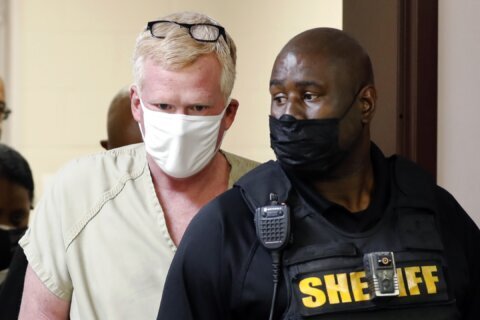